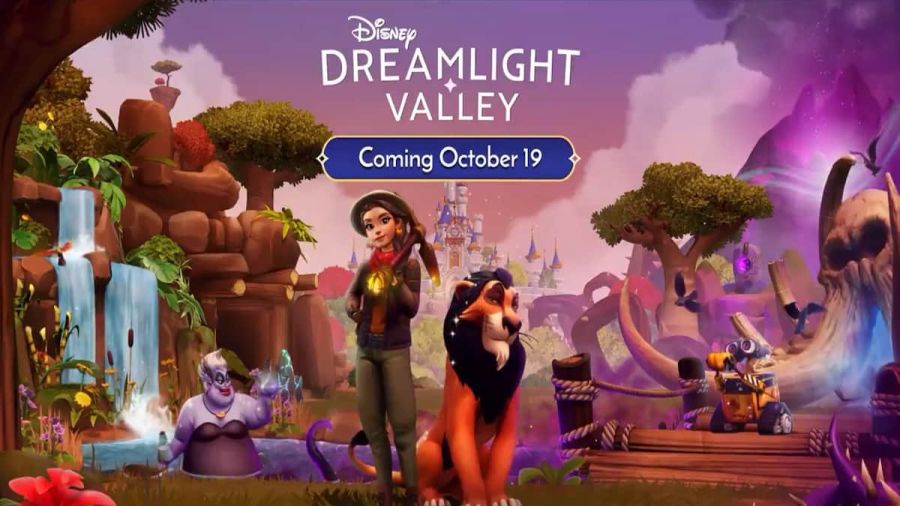 Disney Dreamlight Valley is a magical life-sim game filled with the best Disney characters and more exciting upcoming characters to join them. With its magical world and immersive storylines, it has quickly become one of the most popular farming simulation experiences, ranking up with similar games like Animal Crossing. There is so much to discover in Dreamlight Valley as you restore the land to peace and befriend your favorite characters, but this is just the beginning of the wonderous adventure. Some exciting new updates are coming to the game in the future that will continue to expand the opportunities and add more magic to the Valley.

Disney Dreamlight Valley's first major content update has officially been announced and is set to release on October 19th. From the looks of this teaser, we will finally see the arrival of Scar to the Valley in his home Biome of Sunlit Plateau. This means another whole Quest line and Friendship tree for players to complete with brand-new reward items themed in Lion King style.

The teaser also suggests the continuation of storylines for Ursula and WALL-E, with some Halloween twists, including perhaps the entrance of the Raven critters. Alongside these updates, the Star Path will also be changing to a new theme, allowing players to complete tasks to unlock fresh items for the Valley and their character.

We will know what goodies are released with this significant update when the date arrives, so keep an out for more updated information. According to the developers, updates following the October Scar update will include Toy Story-themed arrivals. There is plenty of exciting content with countless possibilities arriving in the game soon, so make sure you're caught up and buckle up for the ride!