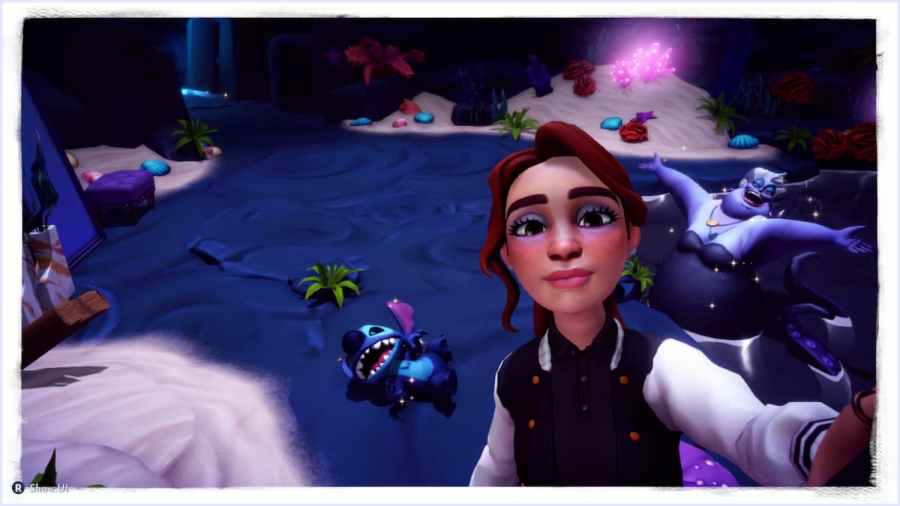 How to complete Stitch's Hobby in Disney Dreamlight Valley

To start this quest, you'll need to have completed the first two quests in Stitch's questline, Goodness Level Check and Very Sleepy Stitch. You'll then need to raise Stitch's friendship level to level seven and invite both Ursula and Ariel back to your Village. There is no Hidden Requirement to start this quest. You'll just need to talk to Stitch, who is very, very bored.

Surely a hobby would help him, right? Stitch first gives you a broken TV he used to watch. Gather the following materials to help him repair it:

Once you've gathered that all up, you can use them to craft Stitch's Television from the Furniture tab of the Crafting Menu. Take the TV back to Stitch's house and talk to him. Watch a monster movie with him, which predictably doesn't tire Stitch out enough. He needs an adventure! Start by changing your outfit via your Wardrobe Menu to a sporty top, pants, and shoes.

You need to take Stitch to an adventurous place, so go to the Mystical Cave on Dazzle Beach. Talk to Stitch before he sprints down to the bottom of the cave. Chase after him. Stitch really wants to find a Sea Monster, and the closest thing you have to that in the Valley is Ursula. Go and visit her in her house to be kicked out. She's not having any of Stitch's antics today.

Talk to Stitch. He still enjoyed seeing a Sea Monster but wondered if there were friendlier sea creatures. Watch him as he talks to Ariel, who explains how Ursula stole her voice. This gets the wheels in Stitch's head turning again. Talk to him one last time to hear that he might want music to be his new hobby before the quest completes.