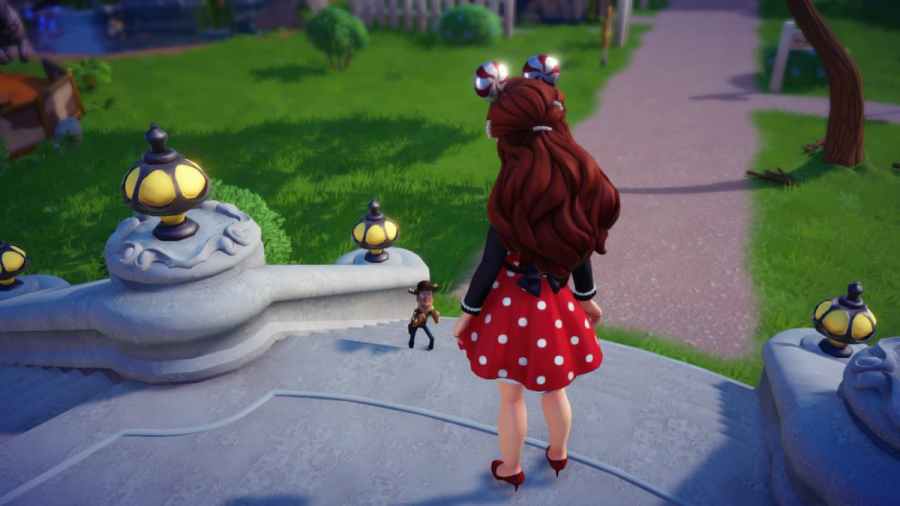 Disney Dreamlight Valley does a marvelous job of staying true to its characters. Woody, a toy cowboy from Toy Story who could be a bit obsessive in the way he sets out to take care of his friends, does the same thing in your Village. This time, his mission is to repair his Carousel house that brought everyone joy in the past. Here's how to complete A Bit of a Fixer Upper in Disney Dreamlight Valley.

To unlock this quest, you'll need to have invited Woody back to your Village from the Toy Story Realm and completed his first Friendship Quest, Failing Better. You'll also need to have raised his Friendship Level to level four.

Start this quest by talking to Woody. He's dead set on repairing the Carousel, so you suggest going to see Kristoff. Go and talk to Kristoff, who whips up an idea for a Carousel Repair Kit made from the following items:

Once you've gathered the items, you can craft the Carousel Repair Kit from the Functional Items tab of your Crafting Menu. Bring the repair kit to Woody, who jumps into action and fixes up his home. One thing is still missing, however—the Carousel needs lights.

Go and find Wall-E, who will give you Fuse Box Blueprints. You'll need to go back to the Wall-E Realm to find three Replacement Fuses and two Electrical Components. You can find them by digging in sparkling spots on the ground. Once you've found those, you'll also need to gather the following items:

Use all of these items to craft the Fuse Box from the Functional Items tab of your Crafting Menu. Give the Fuse Box to Woody, who giddily runs back to his house to light it up. Unfortunately, this time, the repair didn't go so well. Go inside the Carousel and talk to Woody. Some of the carnival games were fried. Help Woody pick up ten Claw Machine Pieces, three Alien Toys, and The Claw scattered around the room. Give them all back to Woody, who notes that a few Aliens are still missing but is grateful for your help completing this quest all the same.