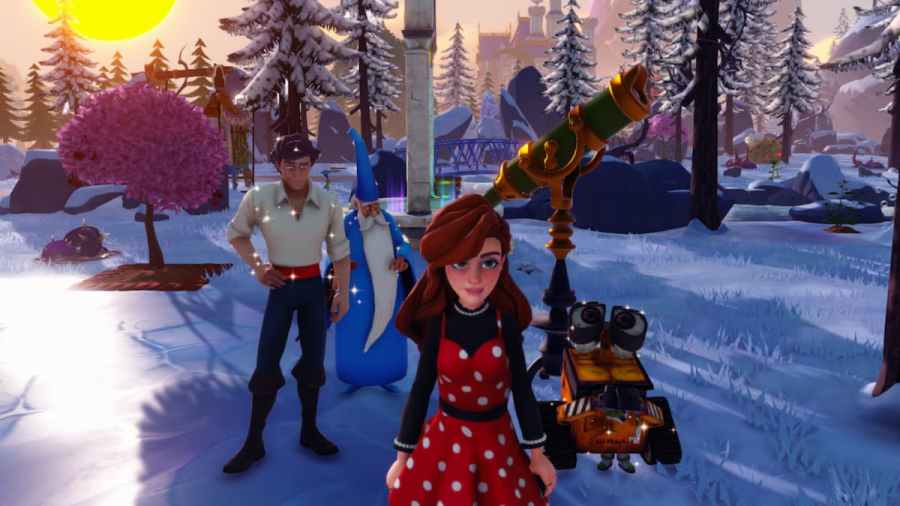 Disney Dreamlight Valley included two characters in its initial Early Access release, Minnie and Wall-E, that were unlockable but had unobtainable rewards associated with them due to not having a level 10 Friendship Quest. Those quests have thankfully now been unlocked. Here's how to complete Wall-E's level 10 Friendship Quest, The Astronomy Club.

How to complete The Astronomy Club in Disney Dreamlight Valley

To unlock The Astronomy Club you'll need to have maxed out Wall-E's Friendship Level all the way to level 10. You'll also need to have invited Buzz Lightyear, from the Toy Story Realm. Lastly, like in Wall-E's prior Friendship Quest, Broken Memory, you'll need to acquire a Hidden Memory by removing small Night thorns from around the Valley. We found our memory after removing about 10.

Start this quest by talking to Wall-E. If you guess that Wall-E was looking at the stars for fun, this will prompt you go go see Merlin, who was also in the Memory. Merlin doesn't seem to understand Wall-E any better than you do. Speak to Wall-E again. Maybe the best way to handle things is to write them out. You'll need to craft the following items to make written invitations for the Astronomy Club.

Bring the Astronomy Club Invitations to Wall-E. He's getting excited, but then you remember an important thing: you don't have a telescope yet! While Wall-E delivers the invitations, you'll need to gather the following items:

Use those materials to craft the Telescope from the Furniture portion of your Crafting Menu. Next, bring it to Wall-E. After a few Oooohs and Ahhhhs, you'll be able to choose a location to place the Telescope and get the Astronomy Club together. Wall-E will thank you by gifting you his signature backpack, and your quest will be complete.