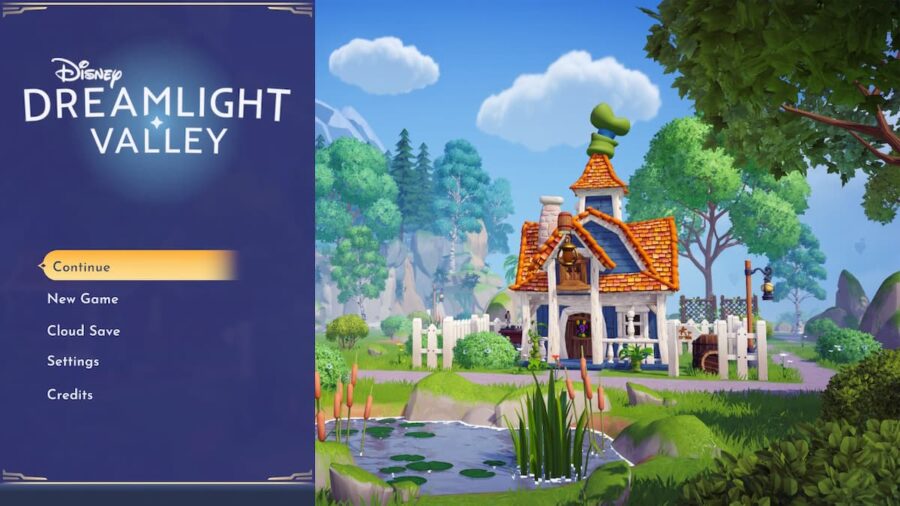 Disney Dreamlight Valley is a fun, immersive game in the universe of Disney characters, but it would be better if it didn't crash. If you've chosen to play Dreamlight Valley on your Switch, you might have noticed that the game likes to crash, especially if you are entering an area that requires a loading screen or it's been a while since you last saved. Here's what you can do to prevent the game from crashing until the problem is solved in future updates.

Gameloft has stated that they are aware of the crashing issues on Switch and are rolling out future updates to prevent the problem. To double-check that your game is updated to the latest version available, enter the detail menu for Disney Dreamlight Valley by pressing the + icon while hovering over the game in the Switch home menu. Choose Software Update from the options available and update your game to the newest version.

If your game is fully up-to-date and still crashing, you can take measures to prevent yourself from losing a bunch of game time in the event of a crash.

Related: Where to get White & Red Hydrangea in Dreamlight Valley

While the game supports autosaving, it's a good idea to get in the habit of manually going in and saving your game every 3-5 minutes. You can accomplish quite a bit in a short time in Dreamlight Valley. Frequent saving will make sure that you don't have to retrace your steps too much, especially if you're working on a difficult goal.

Make sure you save before exiting or entering buildings, especially if you've noticed that the music or gameplay has become laggy. This is often a sign that Dreamlight Valley is struggling to run and is headed towards a freeze or crash.

While the September 15, 2022 update was geared partly towards smoothing out crash errors on the Switch, Gameloft has stated that future update rollouts will feature additional optimization that will hopefully render the above tips moot.

How to fix crashing in Disney Dreamlight Valley on Switch