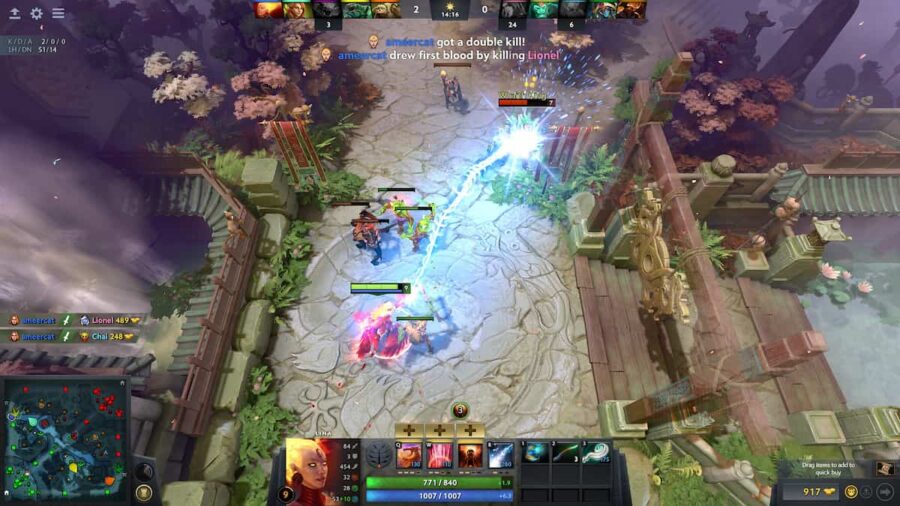 Dota 2 can be an overwhelming game to start playing, with even the positions on a team seeming incredibly complex. Also, with sometimes three different names for a single position, it can be difficult to know what someone's talking about.

In general, the positions in Dota 2 are numbered. Positions 1-5 are ordered roughly based on how much farm they receive in a game. Beyond this, the positions are divided into Cores and Supports. Cores are the positions 1-3 and the heroes that the team should focus the majority of its farm and resources into.

Supports are numbered 4-5. They sacrifice their own resources (gold/XP/mana) in order to ensure Core heroes get ahead. Beyond this, each position has its own name and role in-game. Below is a description of each role, and a few examples of heroes played in that position.

The one-position or carry role is supposed to win the game almost single-handedly for his team—in the late game. Until then, they'll need to be protected, farm, be given resources, and play safe.

Carry heroes are generally heroes that scale well into the late game. They have weak starts, but once they get rolling can take over an entire match and kill entire teams. Heroes like Terrorblade, Medusa, and Spectre are great examples of this.

Solo Mid plays, unsurprisingly, alone in the middle lane. They farm the middle alone, and attempt to control the river. Mid heroes are often more mobile than position one heroes, or have more utility. They might excel at roaming, winning their lane, controlling the river, or some other defining characteristic that makes them ideal for the mid lane.

The three-position faces off against the opposing one position hero in lane, and attempts to survive an often losing match up. The tactic is often to deny farm to your opponent's carry, or otherwise make things difficult. Paired with the four position, you'll often see the three position on its own against two players.

Heroes in the three-position need survivability, and effectiveness at all stages of the game, even if they don't farm. They typically pick heroes like Axe, Tidehunter, which don't need much farm to be effective, or things like Nature's Prophet, which can be strong in alternative ways.

Position four is the soft support. Called so because they still might get a reasonable amount of farm, a four-position need to support almost all three lanes at once. They achieve this by ganking lanes, farming jungle, and generally being a nuisance. Often a four-position will be the one leading invades into enemy jungle camps as well.

Four-position heroes need to be strong at taking on jungle camps themselves, early game fights, but will generally require more farm to be effective than hard support. Enchantress, Keeper of the Light, and Snapfire are good examples of perfect position four heroes.

Hard support gets no farm. The sole job of the position five is to support the carry in any way possible. If this means buying healing salves and giving them straight to the carry, or dying to protect them, then so be it.

If you're looking for some inspiration about what position to play in Dota 2, check out Best Dota 2 Players of 2021 on Pro Game Guides.