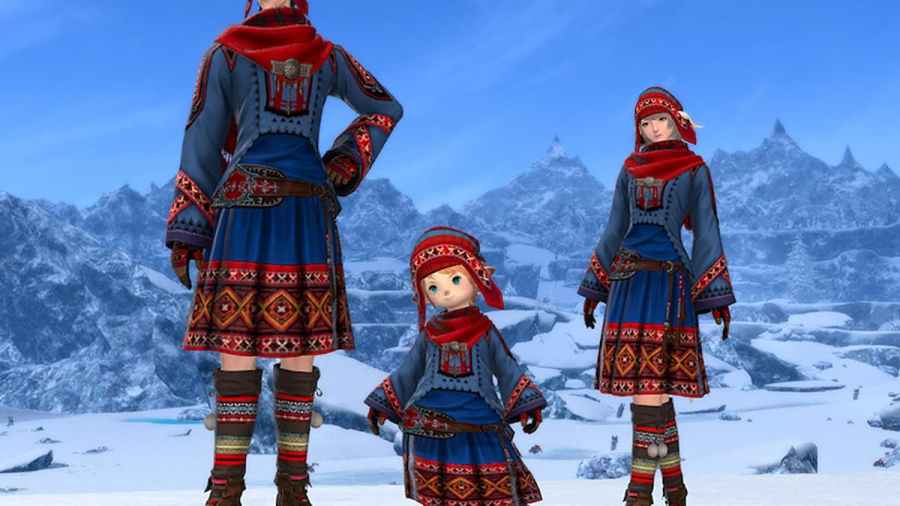 The same old red overcoat and Santa hat can get a bit boring when it comes to winter and holidays-themed gear in games. That’s why it’s amazing that Final Fantasy XIV has opted instead to take inspiration from the Sámi, an indigenous people from northern Scandinavia, for their Far Northern Attire. The new cash-shop gear was revealed on FFXIV’s official Twitter yesterday.

The Far Northern Attire is a full glamour set of items with five gear items, a headpiece, tunic, felted gloves, bottoms, and boots. Some elements of the traditional Sámi gear, such as the Gákti inspire each. And the connection is definitely seasonal, the Sámi people traditionally come from a region sometimes known as Lapland, which in modern legend is the homeland of Santa Claus.

Fans have flocked to the Twitter post to say how much they enjoy the attire, with some even sharing their own Gákti pictures to compare.

What’s most refreshing is the decision to do something slightly different for a winter/holiday's attire. In a sea of Santa hats and snowmen, it’s good to see FFXIV do something inspired by lesser-known but traditional attires.

The Far Northern Attire is on sale in the Final Fantasy XIV Online Store for $18.00. It’s character locked, and the headgear won’t work on Hrothgar or Viera characters.