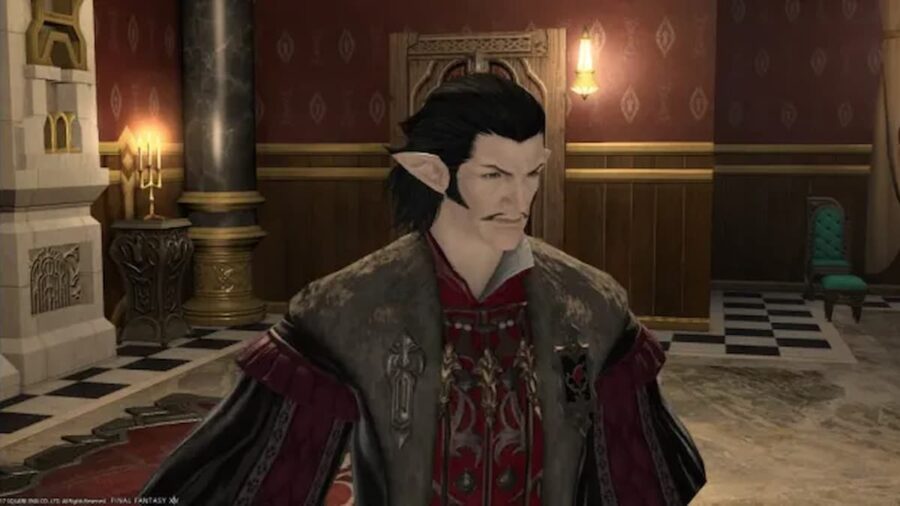 Last year, Stephen Critchlow, a voice actor known for his work in Doctor Who audio dramas and Final Fantasy XIV, passed away at age 54. The actor, who portrayed Edmont de Fortemps in Final Fantasy XIV, was honored with a vigil in-game as players gathered at the Fortemps manor in Ishgard to celebrate his life.

This year, the vigil returns, with players planning to once again honor Critchlow in Ishgard on Sep. 19. The vigil will take place on the Phantom server, which is in the Chaos Data Center, in the European regional Data Center. It will start at 13:00 PT and last for several hours.

Perhaps because Critchlow's character in FFXIV, Edmont de Fortemps, holds a special place in players' hearts, the passing of his voice actor hits much harder. Count Fortemps becomes somewhat of a surrogate father for the main character, adopting the Warrior of Light into his house when they are strangers in Ishgard.

As Count Fortemps is a key character in Heavensward, and a narrator and voice for the game throughout its decade, players felt Critchlow's passing far deeper. Overall this solemn vigil is a chance to celebrate and mourn the loss of someone whose voice was quite literally heard by thousands.