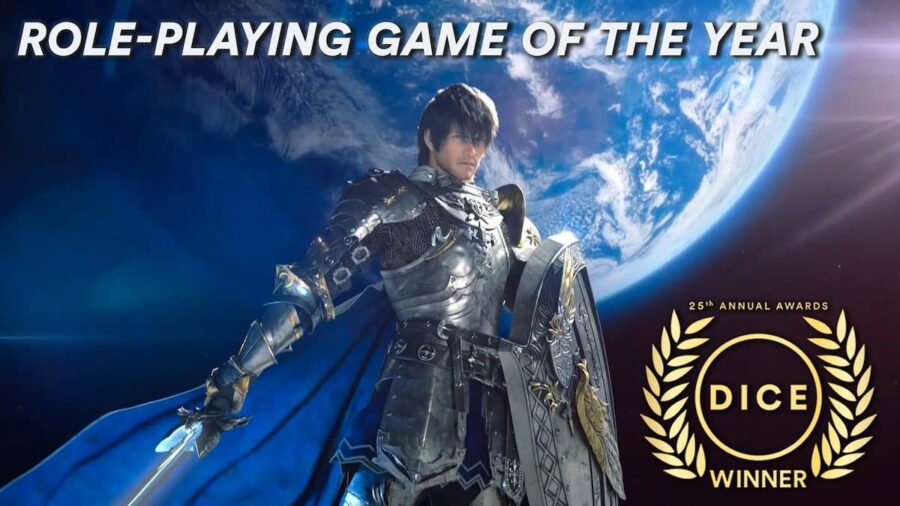 Image via Academy of Interactive Arts and Sciences

Final Fantasy XIV: Endwalker has won the Role-Playing Game of the Year at this year’s DICE Awards. The latest expansion for Final Fantasy XIV took home the Academy of Interactive Arts & Sciences’ award for RPG of the year in the 2022 edition of the DICE Awards.

Final Fantasy XIV: Endwalker released in December 2021, bolstering the success of the widely acclaimed MMO. It beat out other titles such as Pathfinder: Wrath of the Righteous, Shin Megami Tensei V, Tales of Arise, and Wildermyth.

As an MMO, Final Fantasy XIV: Endwalker was also nominated for the Online Game of the Year, but it lost out to Halo Infinite. However, it’s notable that FFXIV: Endwalker received nominations in both of these categories. Much of the praise for FFXIV focuses on how the game is as good as any of its single-player counterparts.

The victory adds to a laundry list of awards that Final Fantasy XIV has received over the years. The game frequently wins IGN and PC Gamer’s Best Ongoing Game awards and was one of Pro Game Guides' games of the year in 2021. A page on the official Final Fantasy XIV website lists the hundreds of accolades the game has received.

What’s more, with a bold new plan for the future of the game, this may not be the only award that Final Fantasy XIV takes home this year.