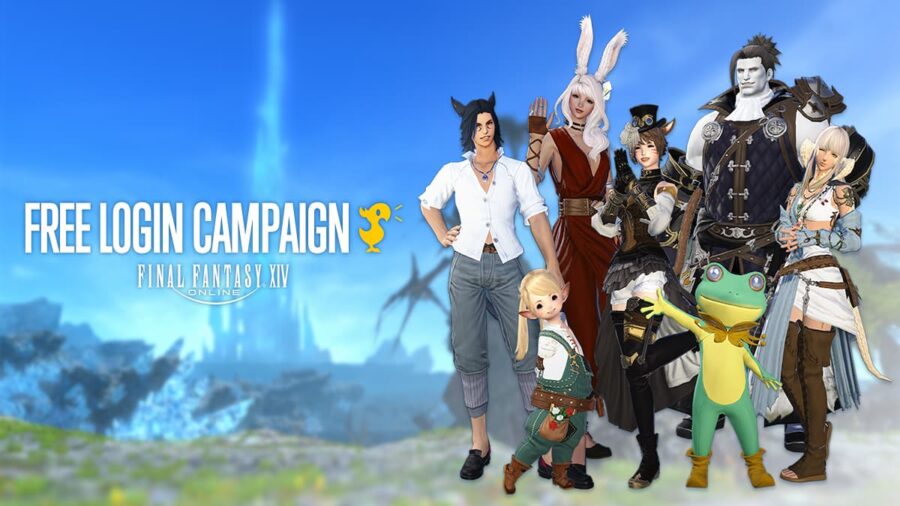 Time to message your friends with lapsed subscriptions—Final Fantasy XIV’s Free Login Campaign Returns for June 2022. The campaign, which usually runs once or twice a year, is giving returning players four free days to login between June 15, 2022 at 1am PT to Thursday, June 30 2022 at 7am PT.

How to play FFXIV free during the Free Login Campaign

There’s a few eligibility requirements to get the free time:

Related: Final Fantasy XIV’s Twitter has been taken over by a Loporrit

Once you’ve logged in, the four-day timer of your free login period will begin. The four days include the day on which you first log in back in. Additionally, this period ends on the fourth day at 23:59 (GMT). This is because the campaign is based on the GMT time zone and passes to the next "day" at midnight in GMT, regardless of which timezone you’re based in.

As mentioned, Square Enix runs the Free Login Campaigns just a few times a year, usually when there’s a lull in content between expansions. At the moment, however, there’s a plethora of new features, with Patch 6.15 released just a few days ago. Besides, both the latest eight-man raid, 24-man raid, and Ultimate raid are current content, meaning there’s high-end raiding available for all.

While the free period is just four days and starts from the moment you log back in, it’s more than enough time to see some of the new features added in recent patches. Alternatively, it’s the perfect time to jump back into Endwalker if you’ve put the game down since the start of the year.