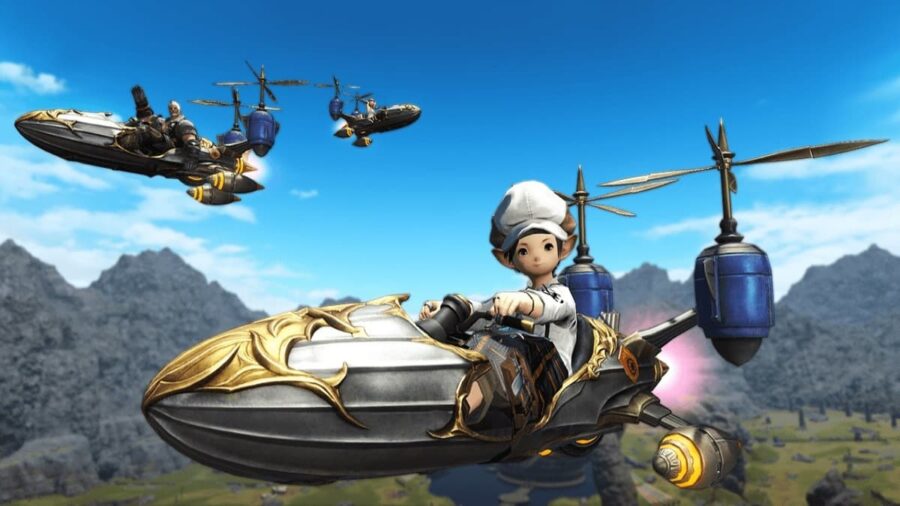 One of the most enjoyable aspects of Massively Multiplayer Online Role-Playing Games, or MMORPGs, is the ability to customize your character and enjoy an expansive world. One way to enjoy the expansive open world of Final Fantasy XIV Online is on one of the game's fantastic mounts, like the Falcon. But grabbing this mount requires a Falcon Ignition Key.

The Falcon mount was a part of the Stormblood release campaign and is no longer available. The event ran from Saturday, July 1, 2017, through Saturday, September 30, 2017, at 11:59 PM (PDT.) Players who had subscribed for 90 days (excluding free play periods) were given the Falcon Ignition Key, which unlocked the Falcon mount.

Related: How to get the Boreas mount in Final Fantasy XIV Online

Unfortunately, the mount has been unobtainable since this event, and only those lucky enough to grab it the first time can enjoy riding around in the Falcon years later. Hopefully, it will reemerge as the Fat Black Chocobo did in 2021. Until then, players will have to admire it from afar.

How to earn MGP Quickly in Final Fantasy XIV

How to Earn Gil In Final Fantasy 14