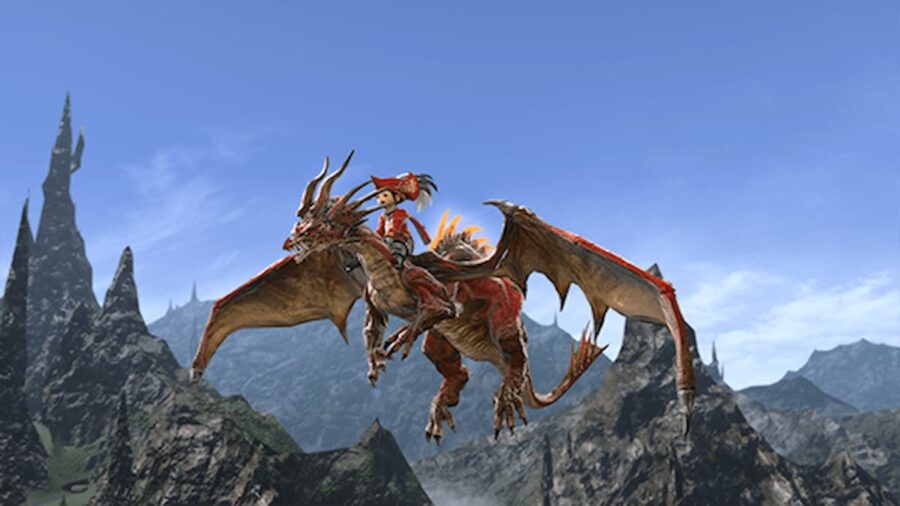 With the release of Final Fantasy XIV patch 6.2, dozens of new mounts and minions have been added to the game. One of these is the impressive-looking Fylgja Mount, a giant red dragon. Here’s how to get your hands on this majestic dragon in Final Fantasy XIV

Unlocking the Fylgja Mount in FFXIV

The Fylgja Whistle, which unlocks the Fylgja Mount, is a reward for advancing in the Crystalline Conflict Series 2. Once you receive Level 25, you'll be given the item to unlock Fylgja for yourself. This will require many Crystalline Conflict games, but progress is continuous, and you can easily advance if you keep at it by playing ranked and unranked games.

Related: How to get the Pterosquirrel Minion in Final Fantasy XIV

About Fylgja in Final Fantasy XIV

Fylgja is a member of Ratatoskr's brood and is a dragon that is fond of mankind. The journal description of this mount notes that Fylgja traveled the world in search of mortals worthy of immortalizing in song. During her journeys, she would encounter a soul who shone most brilliantly in battle (hinted heavily to be the Warrior of Light). So moved was she by the hero's selfless valor she chose to become her follower.

While this is a more traditional-looking dragon mount, it's surprising how few Dragon mounts are in FFXIV. So it's fantastic to get another one to add to our collection!

How to get the Fylgja Mount in Final Fantasy XIV