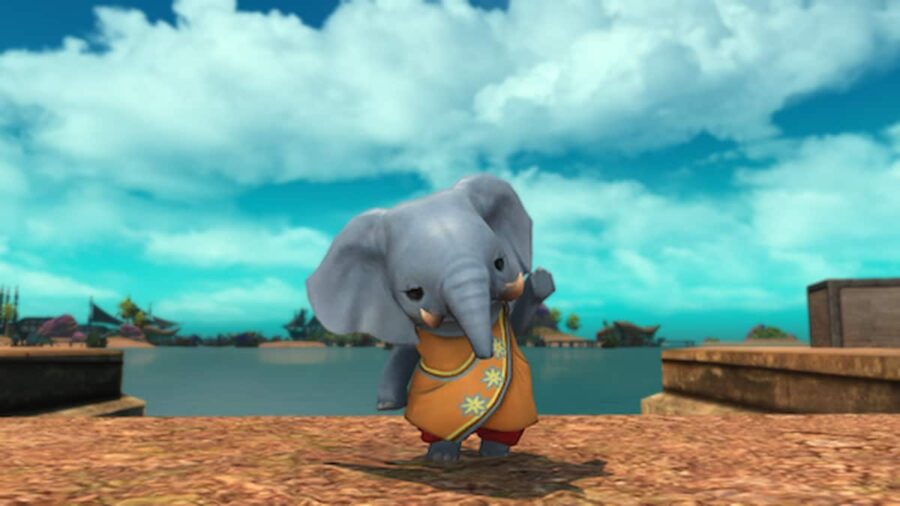 The Wind-up Arkasodara is a new minion that was added in Final Fantasy XIV as part of the 6.15 patch for Endwalker. This tiny elephant-like creature will follow you around loyally and makes a great addition to your collection. Here’s how to get your hands on the Wind-up Arkasodara minion.

Once the tribal quests are unlocked, Ghanta in Thravnair sells various items for Arkasodara Panas. These are obtained by completing daily quests. Daily quests are available from Maru, X: 20.1, Y: 27.9. You can complete up to three quests per day, netting you Pana.

How to purchase the Wind-up Arkasodara

The Wind-up Arkasodara is purchased for eight Arkasodara Pana. Pana can be traded to Ghanta <Peddler>, an NPC found at X: 20.3, Y: 28.4, at Saltwind's Welcome. You’ll need your Reputation rank with the Arkasodara to be Respected to be able to buy it. This usually means completing six or more days of tribal quests. This means you can get this minion after around a week of grinding.