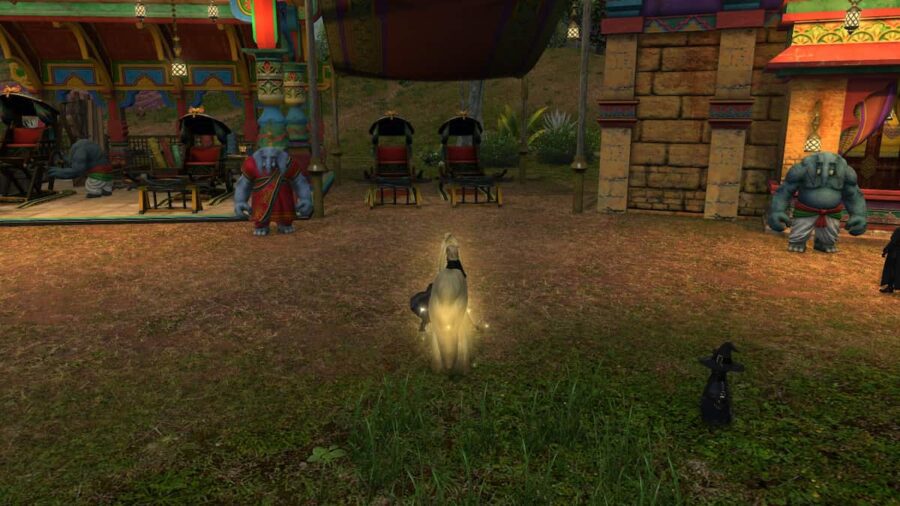 Complete The Matanga Along the Way Questline

Your first step is to head to the Kacana, in Thravnair, located at the coordinates X: 25.4, Y: 31.2. This starts a questline with Kacana and the Au Ra Samurai Ogul, who are trying to investigate some thefts. This quest line will see you talk to some fishermen, before discovering a thief in town. After stopping the thief over the course of three missions, you’re onto the next step. These are quest sync quests at level 80, so you can do them with secondary classes you’re trying to level up.

Complete the What’s in a Parent? Questline

Next, you’ll have to head to Palaka’s Stand to complete the What’s in a Parent? (X: 29.3, Y: 15.2) questline. This quest sees you try and find new parents for orphaned children as well as help the people of Palaka’s Stand. Completing this questline will unlock the final step in unlocking the Arkasodara beast tribe quests. These are also sync quests at level 80.

This is the quest that unlocks the Arkasodara tribal quests. In it you’ll meet Trna, an Arkasodara who has been training hippos to ride. After taking one of her Hippos for a spin, you come up with an idea that they could be used for deliveries, and now you’ve unlocked the quests!

Daily Arkasodara quests are available from Maru at Saltwind’s Welcome (X: 20.1, Y:27.7). You can use three of your daily allowance of beast tribes to complete Arkasodara quests. For this, you’ll receive Arkasodara Pana which you can exchange for rewards, including the Hippo Cart mount.