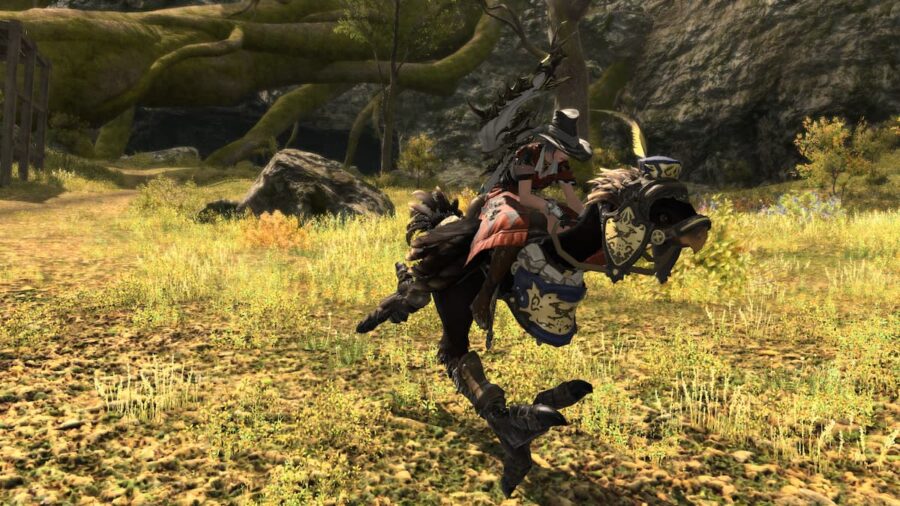 Mounts are one of the most essential parts of any MMO, and Final Fantasy XIV is no exception. But mounts aren't available immediately. Instead, you'll have to level up a bit to get your first mount, a Chocobo.

You can get a mount in Final Fantasy 14 at level 20. However, there are a few prerequisites. First, you need to have completed the level 20 Main Story Quests (MSQ), A Hero in the Making, and The Company You Keep.

This is a quest line where you are introduced to the three Grand Companies, attend three ceremonies, and then at the end, choose which Grand Company to pledge your allegiance to. After this you'll receive a quest to complete for your new grand company.

Related: How to unlock the Cruise Chaser Mount in Final Fantasy XIV Online

If you choose The Immortal Flames, the quest will be For Coin and Country. If you've joined Maelstrom, the quest is Till Sea Swallows All. And if you've chosen the Twin Adders, the Wood's Will Be Done is the quest you'll need to complete.

If you've unlocked any other mounts prior to Level 20 and receiving your Chocobo Issuance (such as pre-order bonuses, refer a friend prizes, shop purchases, or gifts from other players) you won't be able to use them until you've completed the steps above. After that, though, you'll be free to ride any mount you receive!

Now you know how to get your first mount in FFXIV, check out Best Mounts in Final Fantasy XIV on Pro Game Guides.

All changes to Summoner in Final Fantasy 14: Endwalker

All classes in Final Fantasy VII The First Soldier