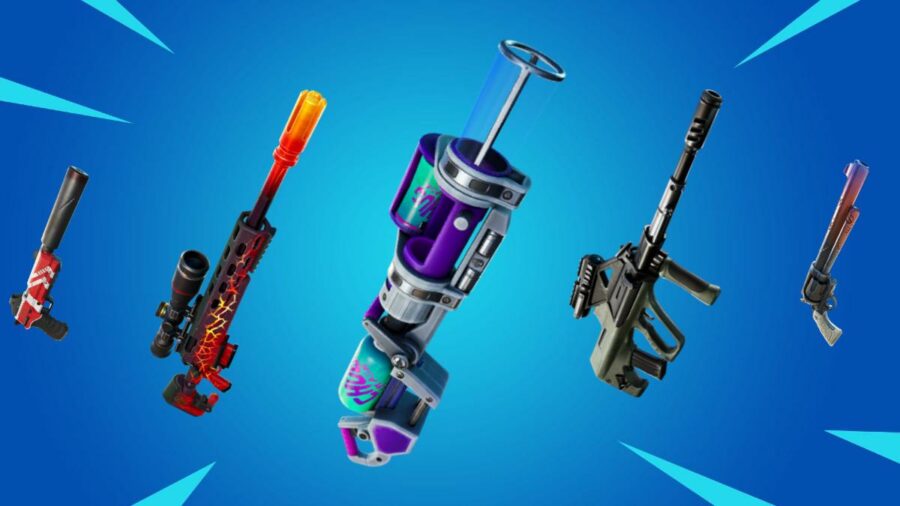 With every new season, we are presented new NPCs with weapons to sell. Some of these are Exotics (unique weapons with special abilities), and some of them are Mythics (unique weapons with enhanced stats). In Chapter 2 Season 8, we have plenty of Mythics and Exotics available, some of which have returned from previous seasons. In the guide below, we explain where to find them all!

The map below provides the location of each Mythic or Exotic weapon. If a weapon is not shown on the map, it most likely doesn't have a specific location and needs to be obtained through some other means. For more details about how to get the weapons, continue down the page.

Mythic Weapons in Fortnite are weapons in the game that typically have enhanced abilities or are attributed to special characters/outfits. This season, we have the following Mythics:

Exotic Weapons are weapons with special abilities beyond their normal function that are not attributed to a specific character. Some of them might heal, track, or set fire to other players!

That's it for the Mythic and Exotic weapons this season!

Can't find some NPCs this season? We have you covered! Check out our guide for All Fortnite Chapter 2 Season 8 NPC Locations.