This is a quick guide on how to find Fortbyte 26's location that is accessible with the Bunker Jonesy outfit near a snowy bunker! Keeping up with these Fortbytes will allow you to obtain styles in your Season 9 Battle Pass, and get you closer to unlocking the Utopia skin.

You'll need to be a fair amount of the way into the Battle Pass before you can get this Fortbyte. You need to have the Bunker Jonesy skin equipped, and that unlocks at tier 23. Once you've got that unlocked, equip the skin and head into the game.

We're heading to the snow biome, and southern most island in the area. Glide your way on over to the island, you'll know you are in the right place if you see a bunker in the middle of it. To the west of the bunker is a small shack, head into it.

In the corner of the shack, there's an old mattress. You should find the #26 Fortbyte hovering above it! 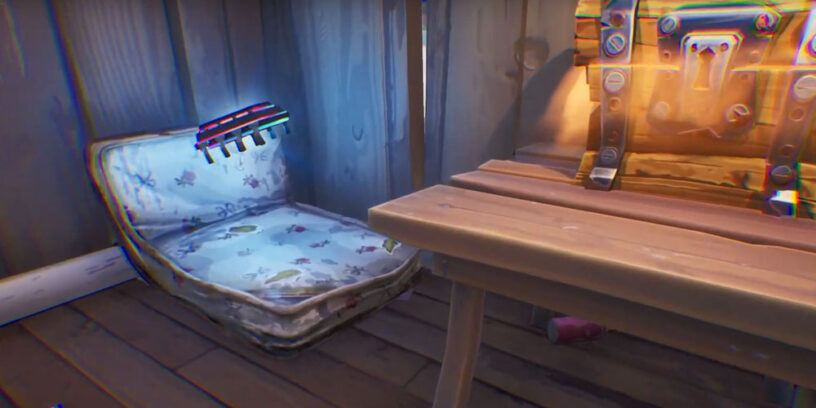 If you haven't found the rest of these yet, then check out our Fortbyte Guide!