Our Fortnite Alter Ego Challenges Guide features a look at all of the known and leaked challenges from this Chapter 2: Season 1 Mission! If you want to unlock some unique styles for your battle pass skins, you're going to want to complete all of these challenges. This is also the set of challenges that feature a way to obtain the mystery skin for the seasons!

The final stage of these challenges to unlock the additional styles for each of the battle pass skins has been leaked! Keep in mind that it's possible these end up changing, and if they do we will update this guide with the new information.

Missions were released every week, and there are nine missions in total. The missions are New World, Open Water, Forged In Slurp, Dockyard Deal, The Lowdown, Hunter and the Hunted, Trick Shot, Dived!, and Chaos Rising. You can find full guides for each of these in our Missions Guide.

It looks like stages 1 and 2 are all pretty much just leveling up your battle pass and completing missions. You won't be able to reach stage 3 on any of the skins until enough missions have been released for the particular skin.

This is pretty easy, if you weren't aware they've added fishing to the game. You can find poles scattered around the map, and they will pop out of chests. It's actually surprisingly good, so you'll want to make sure to do it every now and again.

The highest peak right now on the map is Mount Kay. The mountain is south east of Lazy Lake, if you glide over here you should see a big orange flag waving at the peak. Land or climb up to that spot and you'll complete the challenge! Don't forget to equip the Journey outfit!

Enter a Slurp vat while wearing a Rippley outfit (1) 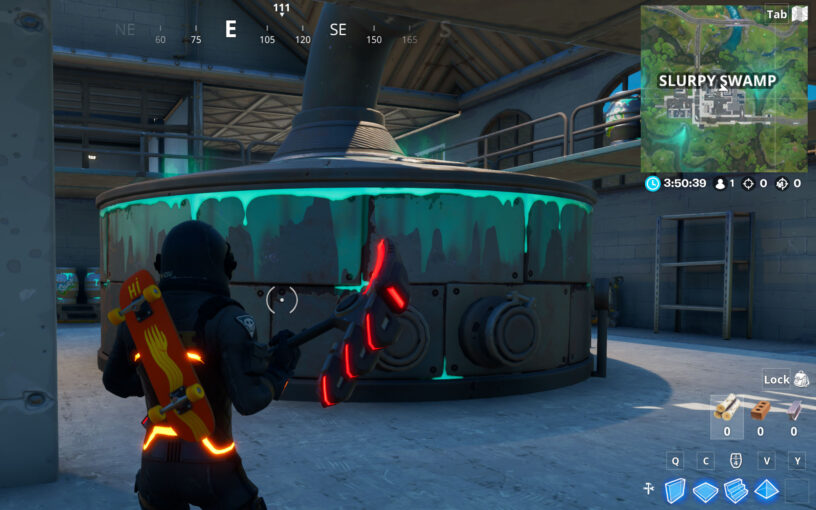 Slurp vats can be found in Slurpy Swamp inside the largest building in the area. Go inside the building and you'll see the vats like the one shown in the image above. You can break the top of this and jump inside. As an additional benefit, you'll heal while you are inside of it! So, use that to your advantage in future matches.

I'd head into Team Rumble and look for one of these. You can likely get one to pop out of a Supply Drop if you are having trouble finding one. You can then just shoot some healing at a teammate to finish the challenge!

Eliminate an opponent while wearing the 8-Ball outfit (1)

Just equip the outfit and get an elimination to unlock the secondary style!

Very easy one to complete. Just equip the Cameo outfit and jump into the game and land at one of the following bridge locations. Once you're there, spray it and you will obtain the new style. 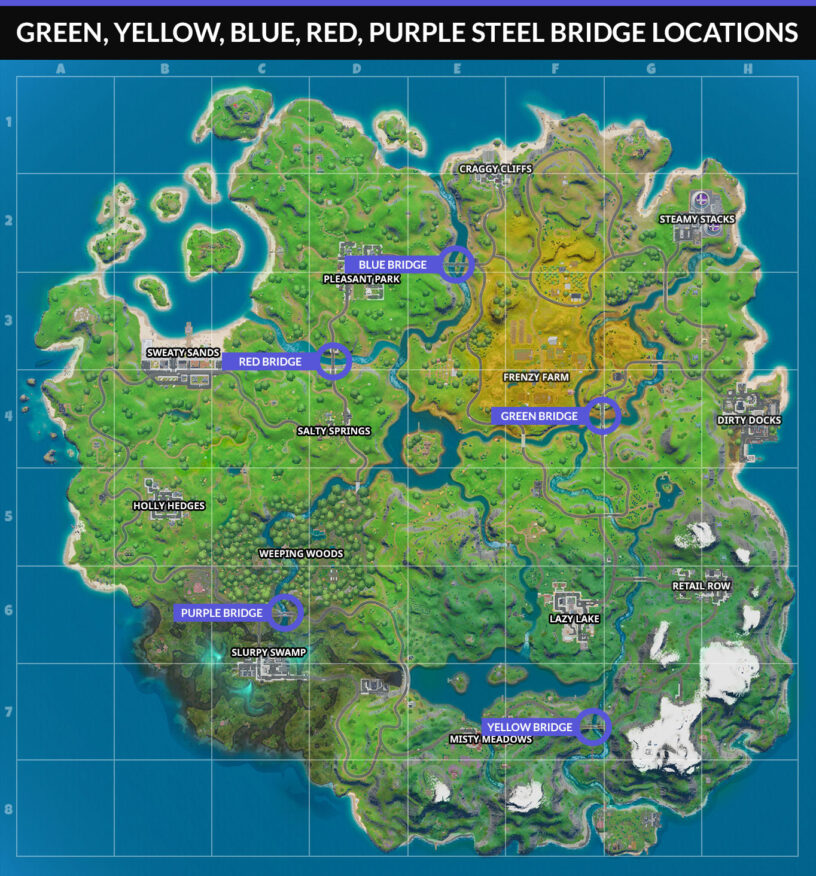 We've got a full guide on the FORTNITE Letter locations right here. 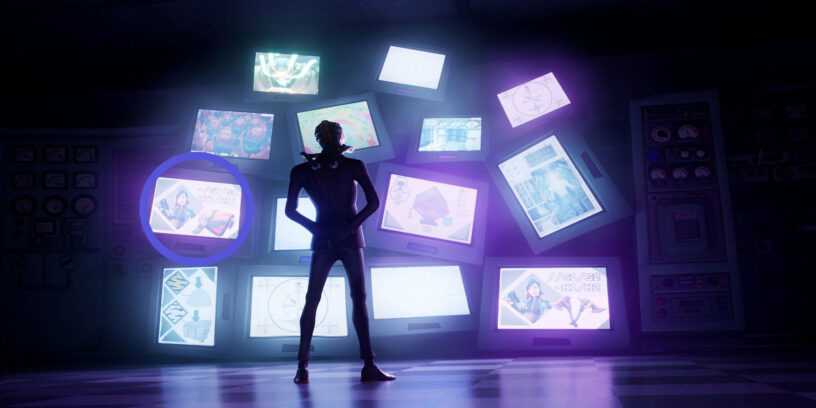 The Back Bling coordinates can be found in the Chaos Rising Loading Screen. It turns out that the back bling is in the opposite location than it is supposed to be. If you check the loading screen, it shows that it is south at G7/G8-H7/H8, however it is actually where the pickaxe is supposed to be at the G1/G2-H1/H2 coordinates. 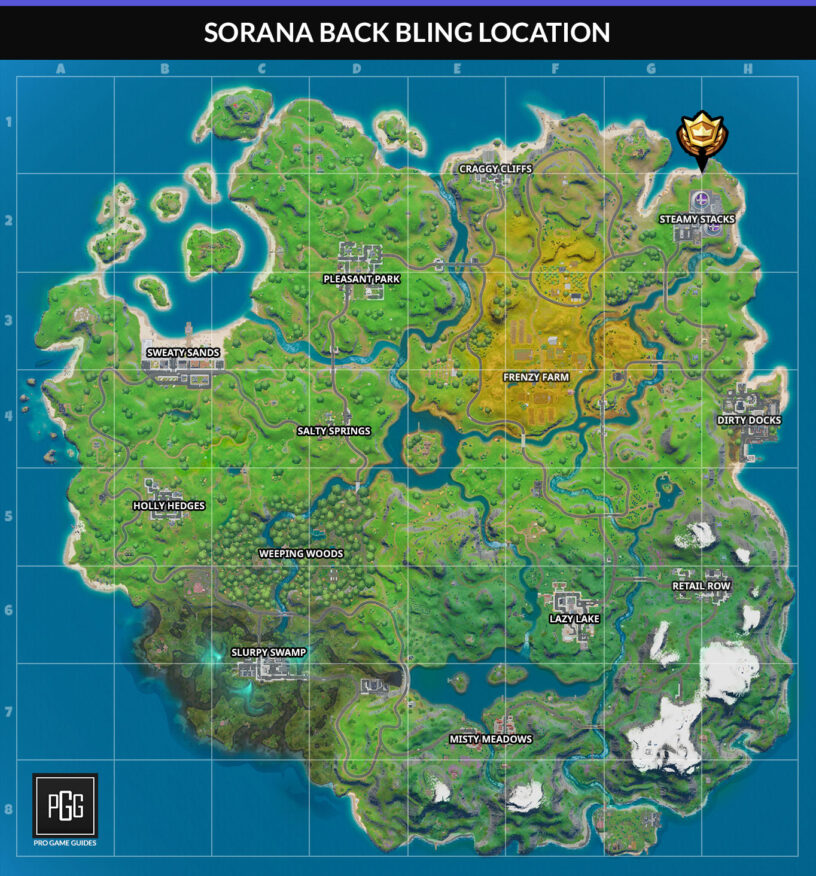 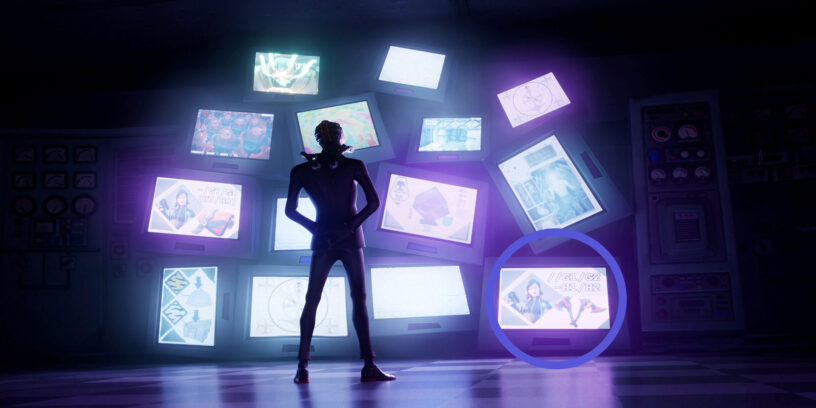 The coordinates shown on the loading screen are G1/G2-H1/H2, which is actually incorrect. Those are apparently where you unlock the back bling. If you want to unlock the pickaxe, you need to go to the snowy area that is south of Retail Row at G7/G8-H7/H8. 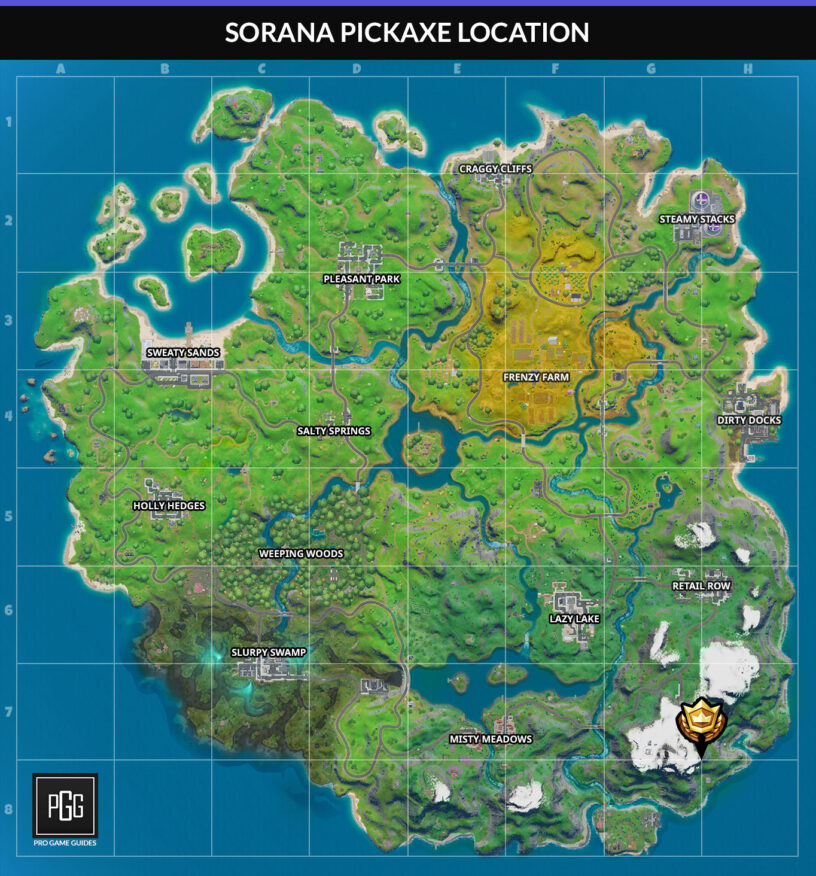