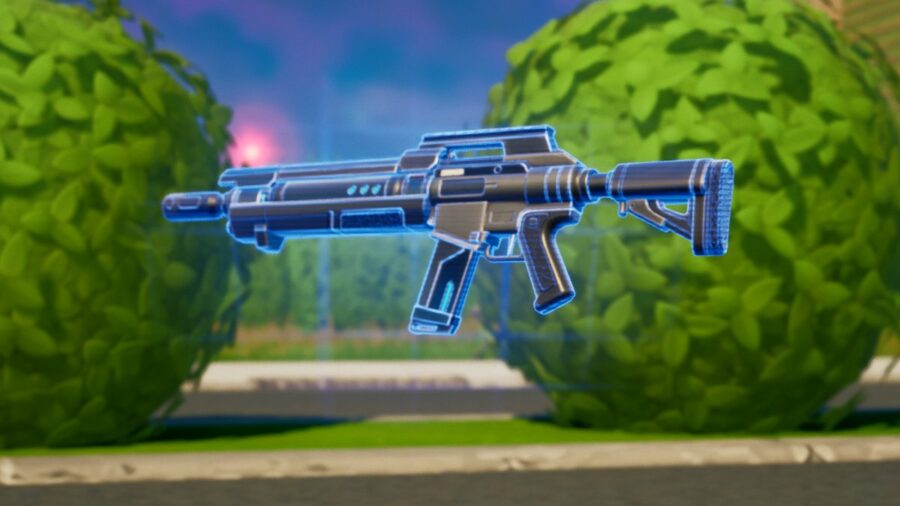 If you're familiar with shooter games, then you've no doubt played Gun Game before. This style of play tests your ability with a slew of different weaponry, and the concept has now been brought into Fortnite. You start out with one gun in a set, and when you get an elimination, you proceed to the next gun. You will need to continue to get eliminations to cycle through all the guns in the set to win! If you aren't a fan of building in Fortnite, then this is a great mode to play because you won't need to worry about harvesting or protecting yourself with structures.

Here's our list of the best Fortnite's Gun Game Codes:

This is a new take on the Gun Game genre perfectly executed. Instead of playing a round where you have to progress through all weapons to win, you must "level up" your guns by scoring eliminations with them. The more eliminations you get, the better rarity you get for the gun with which you scored them. When you get eliminated, you just select your preferred loadout again, then jump back into the action!

One of the lesser remembered parts of the Fortnite Chapter 1 map was Junk Junction. This Gun-game map brings it back to life and reminds of just how great POI was for close-quarters combat. Not to be confused with one of the many other Junk Junction creative maps out there, this one has been recently published to accommodate for the new mechanics in Chapter 3!

This is a classic Gun Game map that was originally made in Chapter 2. It is a Borderlands-esque Scrapyard themed map that instantly soared in popularity to became one of the most memorable Gun Game maps. Most veteran Fortnite players are familiar with this map, so you won't find any shortage of competition when you match with players who have played it before.

Time Twist is a map that accommodates for several game types, but its primary game features the Gun Game mechanic. However, the twist in Time Twist is that you can warp between different universes during the match, providing you an escape when under fire or a way to surprise unsuspecting opponents. Similar to the mechanics introduce in Chapter 2 Season 8, players can instantly warp between normal physics and altered physics simply by using their Rift-to-Go!

This is an exciting theme for any Gun Game fan! On this map, you are put in a Zoo, where you must fight through the ranks as different animal classes. Each animal class has its own unique advantages, which requires you to change up your playstyle as you progress through the gun roster! Even players who are tired of the Gun Game mechanic will love this fresh version of the classic Gun Game mod!

Everyone loves a good old Gun Game, but what happens if there was a twist? We all know Fortnite plays in the third person, but have you ever tried playing it in first-person? Well, why not try a Gun Game in first-person! The first to 25 wins!

This one is very simple but very challenging. It's your ordinary Free For All Gun Game, but with a twist. Every weapon kills in one shot. Only one stray bullet needs to shit someone to kill them. The first to 15 kills wins!

If you're a fan of Modern Warfare, then this map might be right up your alley because it's a remake of the Terminal map in MW2! Fight it out in an airport terminal while skirting in and out of a big airplane, as well as inside of the airport where you can go behind a counter and take people's orders!

If you want to play on a great map with some interesting mechanics, then gun game mars is a great one to try. The map feels exactly how Mars might feel if you happen to find yourself there one day. There's the red surface and the buildings you might find if there's an expedition made there. You can also change to different modes like low gravity, normal gravity, and buildfight mode! There's a lot to like about this map, and there's some different variety with the multiple gun combinations you'll experience each time you play.