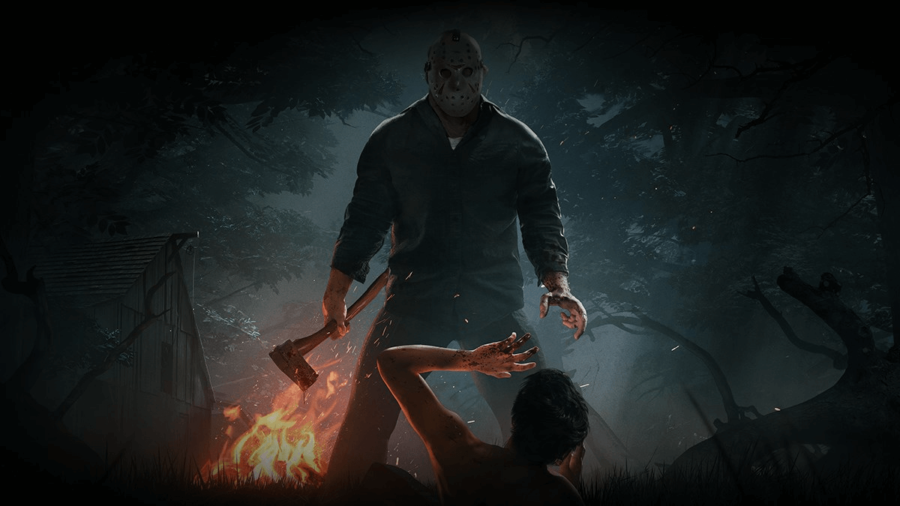 The hottest rumor hitting the Fortnite internet is that Jason Vorhees, our favorite resident of Camp Crystal Lake is going coming to the Item Shop. We must give you proper notice: this is complete speculation, and there is no solid evidence that he'll...erm...bless us with his presence. By bless us, we may or may not mean send us to the good place.

Fortnite skins are all the rage in Chapter 2 Season 5 because it brings us many of the hunters from some of the most iconic movies, shows, and games. We've seen the Mandolorian, Predator, and T-800. Fortnite development company Epic Games has stopped at nothing to bring us our favorite villains and heroes.

Hold Up. No Way. What's Happening?

We've now come to the possibility that Jason Vorhees from the classic Friday the 13th movie series is going to be a usable skin this season. The reason? Well, some known Fortnite leakers and speculators have presented some evidence for us to consider.

Let's make the case in favor of him coming to the game, first. Beyond the rumors that the next Fortnite skin will likely be male, the first thing we present to you is the fact that the mainframe portal has made it to Canoe Lake. As we all know, this is a portion of the map that is not often used and is yet to reveal any characters. There are plenty of other possibilities that this location could be hosting, but definitely the most iconic out of all of them is the Friday the 13th movie series.

The Mainframe portal may belong to Jason from Friday The 13th!
[Img📸:@ximton]
//#Fortnite\ pic.twitter.com/PslTfwRvft

Undoubtedly, you're thinking that this is not nearly enough evidence. Don't forget — we don't have solid proof, and the only evidence we have is speculative. However, we also note further evidence below.

The Similarities are not Certain, but Strong

Another Tweet from a Fortnite player, who managed to get some images for us to compare. They're not perfect, but we can definitely see why some of these viewpoints might be remakes from the movie.

WAIT WAIT this is my theory

While the dock isn't precise, the two houses look eerily similar. The small one has a strong resemblance to the house in the movie's title screen. For those of us familiar with the movie, we can definitely compare the yellow house to the large house for all the campers.

Seems...Possible. But Here's Why it's not Probable.

The first point: again, those images aren't exact. It seems like they were put together randomly from some conspiracy someone thought of while playing the game.

Secondly, and most important: The future of the Friday the 13th series is in legal limbo, and has been for years. With the way things are, no new media content can be made that features any Friday the 13th copyright content, which includes Jason Vorhees himself.

We'll link you to the Full Article but summarize it here for you: No one knows who owns the rights to the character Jason Vorhees. The person that was judged to have original copyright of the series was not a part of the development crew when Jason Vorhees took the mantle as the killer in Part II.

So, if no one knows who owns Jason Vorhees, they can't exactly get rights to put him into a game or make new content that contains him. This includes Epic Games.

We'll save you from making too much more speculation, but we have one more point to make. There is one possible loophole for Epic Games to have managed to put Jason Vorhees in the game. Back before the legal battle for copyright was started in 2017, Epic Games could have made plans and designed the character. Since already made content could continue to exist, and only new content could not be added or made, this could kind of be a workaround.

We're not legal experts, but put it in layman's terms...it makes sense! If Epic already has the content made and prepared to be added, they wouldn't technically be adding something new. Since the legal battle was just brand new, they likely would have wanted to hold off on introducing him into the game.

What do you think? Let us know!

If Jason comes to Fortnite, is there someone you know that will want it? Check out our guide on How to Gift Fortnite Skins!