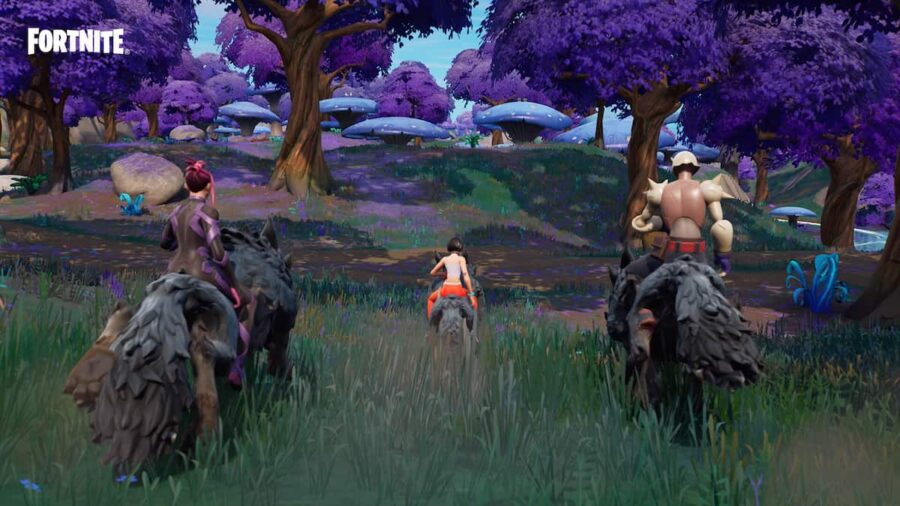 In Fortnite Chapter 3 Season 3, players will be able to ride animals like Wolves and Boars to traverse across the map. These animals were introduced into the game during the Primal-themed season in Fortnite Chapter 2 Season 6, and so far they were only good for farming meat and bones. However, in the gameplay trailer for Chapter 3 Season 3, fans got a glimpse of players riding these animals, and are eager to do the same in-game.

To ride a Wolf or a Boar, players will simply have to jump on them by pressing Space (keyboard) or X/A (controllers). While they cannot compete with the speed of Ballers or other Vehicles, you will be able to shoot and throw grenades after mounting on Wolves or Boars. These animals are vulnerable to damage and can be easily taken down by opponents. We recommend players use them as a rotational tool to quickly shift from one location to another.

One of the Zero Week Quests added in Fortnite Chapter 3 Season 3 requires players to jump on a Wolf or Boar. Players can do this by simply walking up to the animal, and pressing the jump button to mount them. You can also charge while mounted on animals, giving a slight speed boost. The buttons for charge and dismount are unassigned and can be changed from Controls.

Related: How to get Indiana Jones secret battle pass skin in Fortnite

Mounting on the animal will automatically complete the Quest, and reward players with 15,000 XP. Players can not only fire but also heal while riding on Wolves and Boars. One of the interesting features about riding animals this season includes the tracking system where the animal returns to its owner after a previous dismount. It is almost like hiring an NPC! Several weapons were Unvaulted this season, and we recommend players try all of them out while riding animals to get used to the recoil pattern.