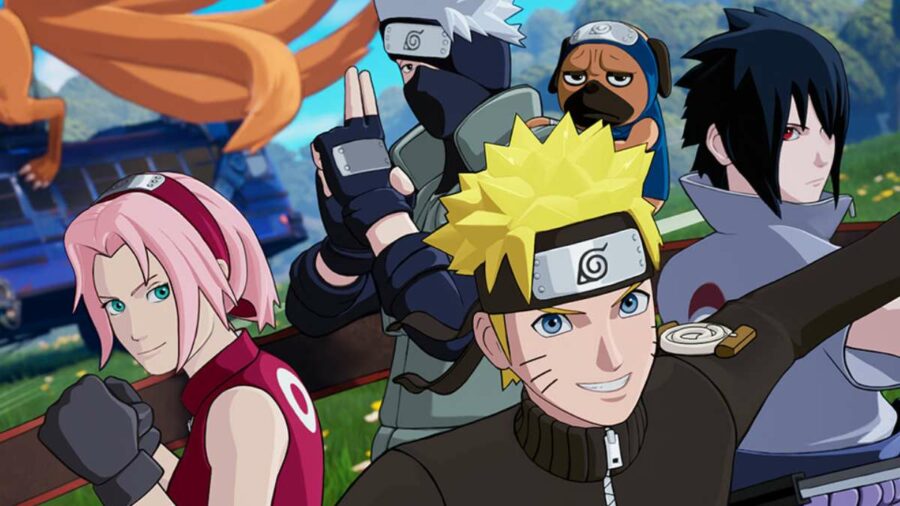 After months of speculation floating around on Twitter and on other branches of the Fortnite grapevine, Naruto has finally entered the Fortnite Battle Royale island. He didn't come alone, though. Naruto and three of the most popular characters from the popular anime series have made the island their home.

The four characters have brought their gear with them. Here are all the cosmetics for each character.

Naruto has the normal version and the adult version, and he comes with his Scroll back bling and first choice of weapon - the Kunai.

Sakura has an alternate style, but it only changes his eye color. If there is an extra cosmetic for that version, we will be sure to add it here!

Sakura has her normal version and the adult version, and she comes with her cloak and scythe!

Here is all the additional content that is not set for a specific character, including the set glider, two emotes, and three loading screens!

That's everything they added to Fortnite for the official Naruto set!

Be sure to check out our Fortnite Leaked Skins and Cosmetics page to see the latest cosmetics that are rumored to be coming to Fortnite!

Where is the last present in Fortnite Winterfest ’21?