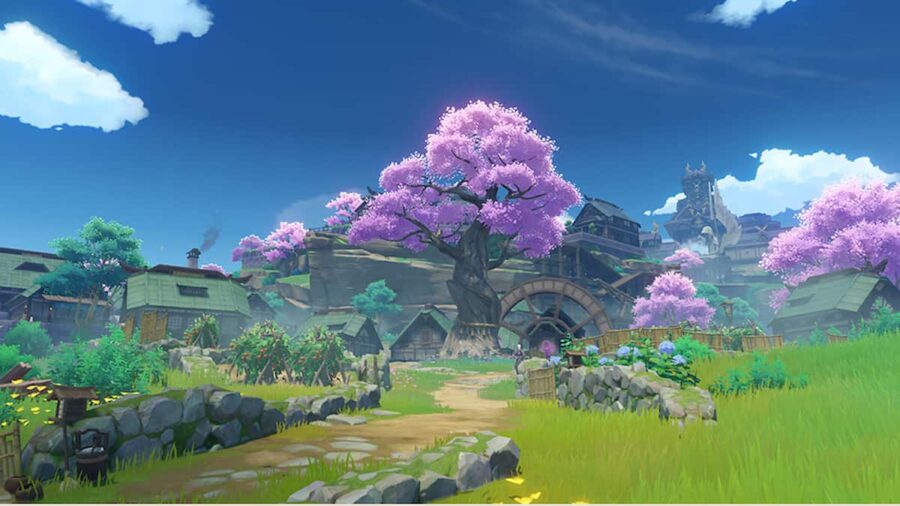 Genshin Impact's second Geo Claymore user is the notorious Arataki Itto, a highly ambitious and motivated crimson oni who craves the thrill of competition. Whether sumo wrestling, bug fighting, ramen eating, or hassling Kujou Sara, Itto puts his all in what he does—while ensuring that he looks his very best.

Players can summon Arataki Itto from the Limited Banner in Patch 2.3 along with the Sangonomiya forces' general, Gorou.

Note: As Itto's skills, talents, and playstyle have only been revealed in leaks, his best build may change in the future.

For more information on Arataki Itto check out our Itto Wiki page!

Arataki Itto's damage scales off Defense and Attack. This can make it tricky to find the right balance in Artifact stats to ensure that he gets the best of both worlds. In battle, Itto excels as an on-field Main DPS. And despite wielding a heavy Claymore, his Attack Speed increases by making up to five consecutive slashes.

Like other Geo characters, Itto can summon a Geo Construct with his Elemental Skill: Ushi, a young akaushi bull. It acts as a Support for Itto by taunting enemies and helping him gain Superlative Superstrength stacks. This effect allows Itto to use more powerful Charged Attacks.

Meanwhile, Itto's Elemental Burst brings out his inner Raging Oni King, which changes his weapon and environment (similar to Raiden Shogun). In this state, all his attacks deal Geo Damage and he gains various buffs that increase his Damage output.

Related: Genshin Impact: How to Farm for Primogems

Arataki Itto's best-in-slot weapon is the five-star Redhorn Stonethresher, which is expected to release alongside him in Patch 2.3. It has a Base Attack of 46-608 and boasts Crit Damage as its secondary stat.

Most importantly, the weapon grants +20% Defense and increases Normal and Charged Attack Damage by 28% of the character's Defense at Refinement 1. As Itto gains Crit Rate by Ascending, the weapon supplies his other stats, making it a perfect fit for the oni.

A viable four-star alternative is the Whiteblind, which has Defense as a secondary stat. Using Normal and Charged Attacks grants +6% Attack and Defense (Refinement 1) for six seconds with a maximum of four stacks—also a great fit for Itto's kit. Players can obtain this weapon through forging.

Arataki Itto primarily relies on Defense to dish out Damage, so the new Artifact set leaked for Patch 2.3—the Husk of Opulent Dreams—is his best-in-slot pick.

The Husk of Opulent Dreams grants the following effects:

For the Artifacts' main stats, consider using Defense Sands, a Geo Damage Goblet, and either a Crit Rate or Crit Damage circlet, depending on what you need. As for substats, aim for a generous Defense and Attack percentage as Itto's skills rely on these two forts.

As Arataki Itto's best Artifact set offers Geo Damage bonus, he'll perform well with a Geo-focused team. Gorou, who is expected to be a Geo Support, offers amazing Defense buffs that can maximize Itto's Damage output. Zhongli is also a great Support as his Elemental Skill can shred enemies' Physical and Elemental Resistance while increasing your team's resistance to Interruption. As with most Geo teams, bring in one character of a different Element to help break enemies' Elemental shields.

Excited for Arataki Itto? Jumpstart your preparations by farming for his Ascension materials. Check out our guide on How to farm Onikabuto in Genshin Impact.