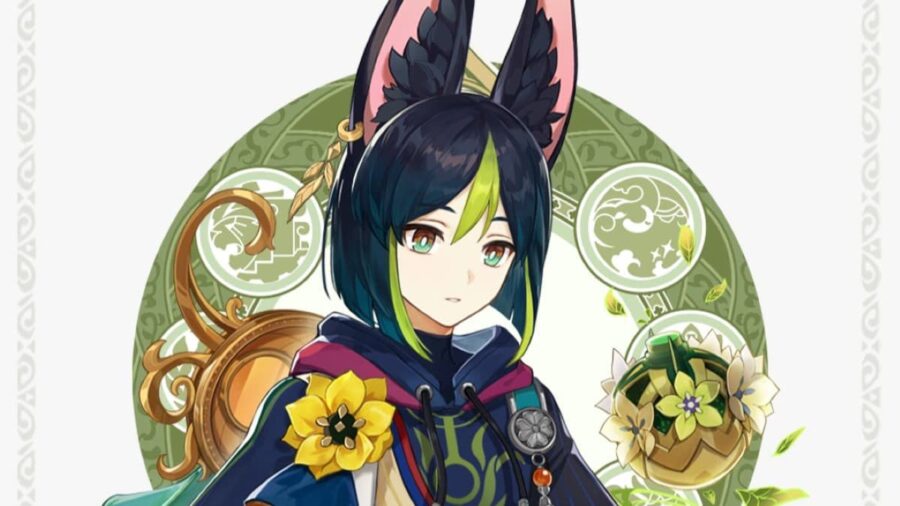 Whether it's his adorable, fennec fox ears or the appeal of owning the first Dendro five-star character to arrive in Genshin Impact, there are many good reasons to pull for Tighnari. His kit is quite formidable. Even his passive skill is a boon to both old and new players. Read on to learn how to build this character and maximize his potential.

Tighnari will have a five-star weapon designed for him called Hunter's Path. It will be featured in the weapon banner, while Tighnari is available on the limited character banner. It can be his best slot weapon if players want to spend the Primogems. Other five-star options include the Skyward Harp and Amos' Bow. If players are looking for lower rarity options, either The Stringless would work well or Windblume Ode, because of boosting Elemental Mastery and overall damage.

While more testing will provide insight, Tighnari's best in slot artifacts will likely be either the Deepwood Memories or Gilded Dreams artifact set. Both are available in the new artifact domain, Spire of Solitary Enlightenment. Because Dendro reactions are still very new, more testing is needed to determine which attributes to focus on and how heavily. Should you go for a full Elemental Mastery build or a traditional Main DPS build? Unclear. We know that if you prioritize CRIT values, Elemental Mastery, Dendro damage, or at the very least Attack, you won't hurt Tighnari's kit.

Tighnari was leaked before he entered the game as a "Dendro Ganyu." It's not a half-bad description. He's a bow user that does serious damage with Charged Shots. At Level One, his Charged Shot will have a Dendro infusion. But wait for his Charged Shot to reach Level Two, and not only will it deal Dendro damage, but it will also become a Wreath Arrow. On hit, a Wreath Arrow will create four Clusterbloom Arrows that will track nearby opponents and deal more Dendro damage. You'll see some serious results if you focus on boosting this damage.

What you need to ascend Tighnari

Leveling him to 90 would be best to maximize his damage output. Players will need standard amounts of Nagadus Emerald pieces, Fungal Spores, and 420k mora. He’ll also need 168 Nilotpala Lotuses, a Sumeru Regional Specialty, and 46 Majestic Hooked Beaks , which are  dropped by a new field boss, the Jadeplume Terrorshroom.

Tighnari is a character that loves to take advantage of Dendro and Electro-based reactions, so pair him with other off-field Electro support characters such as Fischl, Yae Miko, or Kuki Shinobu. Collei, a four-star Dendro support character, would likely be a good choice for Dendro resonance.