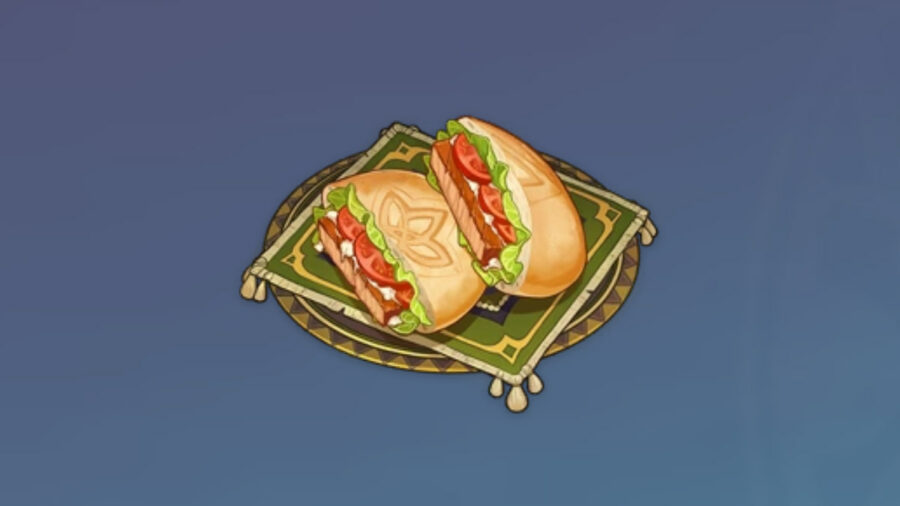 Collei is a cheerful and passionate Trainee Forest Ranger under Tighnari's tutelage, learning about the world while helping others in need. As someone who experienced unimaginable suffering from the Archon Residue Experiment, she spent most of her childhood wandering around and being observed by the Fatui. Even so, she eventually learned how to read and write, and even cook, from master Tighnari. Her Special Dish is called Yearning, a variation of the classic Pita Pocket.

How to get Collei's Special Dish Recipe in Genshin Impact

Yearning can be unlocked by using the Recipe for Pita Pocket. It can be obtained as a reward for completing the Silent Seeker of Knowledge segment of the Sumeru Archon Quest Chapter III: Act I - Through Mists of Smoke and Forests Dark.

Related: Dori’s Special Dish Recipe and how to cook it in Genshin Impact

How to cook Yearning in Genshin Impact

You can cook Yearning on any stove using Collei. It's unfortunately not possible to cook the Special Dish if you don't own her. Interact with any bonfire or stove to open the cooking menu and select Pita Pocket, which can be made with the following ingredients:

Flour can be processed using Wheat, while Tomato and Milk can be purchased from any General Goods or Grocery store in major cities. If Collei cooks Pita Pocket, there's a chance for her to make Yearning instead. The exact rate for cooking Special Dishes is unknown, but it works on both Manual and Auto Cook modes.

Difference Between Pita Pocket and Yearning in Genshin Impact

Both of these Recipes will heal the selected character's HP, but Yearning's healing prowess is superior.

Check out our guide on Tighnari’s Special Dish Recipe and how to cook it in Genshin Impact to cook another forest specialty.