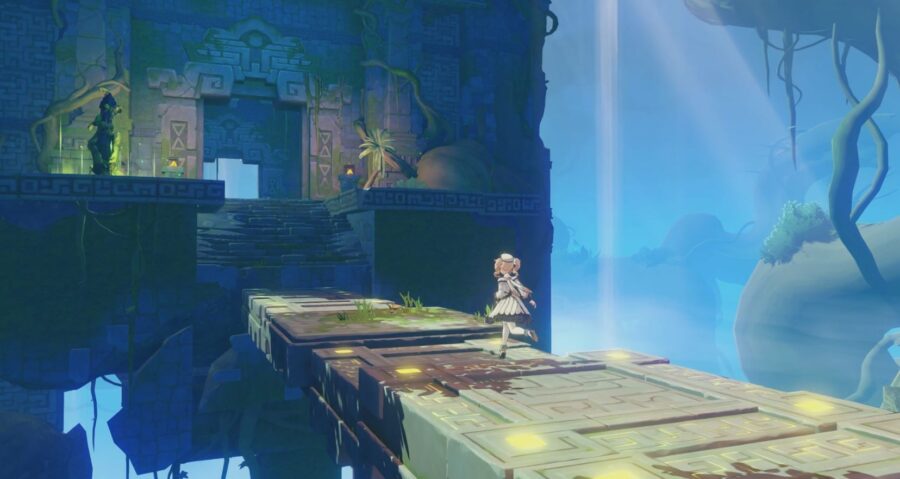 Update 1.1 has finally been released for Genshin Impact, and of course, this means a lot of things have been added, as well as four new characters to roll for, but alas, at the moment, only two of those characters can be dropped at this moment in time! One thing gamers have been asking for is more Resin to be able to accomplish more things in the game.

Condensed Resin is used for people who do not have the opportunity to play Genshin Impact every day. These players can now use their Original Resin and turn it into Condensed Resin, so it does not get wasted; however, you need to get to Liyue Reputation Level 3 to unlock the blueprint. Resin is such an integral part of the game that you really do need to log-in every day to spend it - if you don't, it's not optimal at all.

However, as an extra for using Condensed Resin in-game, it will give you double the rewards! This counts for anything, using Ley-Lines Blossoms and Abyss Domains. Instead of running a Domain 6 times for the materials, you need, if you use Condensed Resin, you only need to run it 3 times.

This new Reputation System adds many items to the game to help you on your journey; this should definitely be the player's focus to level up this reputation level for both Monstadt and Liyue as fast as possible. As every time you level up in either region, you will be awarded.

How to craft Condensed Resin in Genshin Impact

To craft Condensed Resin in Genshin Impact, you need a few resources to do so. However, there is a limit on how much Condensed Resins you can actually carry, and that limit is 3. Even though this new Resin type is used for players who can't play every day, it also means they can only miss out on one day, as 3 Condensed Resin is 120 Original Resin.

Here is the list of material and resources you need to craft Condensed Resin:

This will create 1 Condensed Resin, and as we said above, you can only carry a maximum of 3 on you at all times. Though remember this is to be used for gamers who have limited time to be able to catch up and play the new content that is being added into the game!

Remember, you have to level up the Liyue Reputation to level 3 to unlock the Condensed Resin blueprint. This new Reputation System adds a plethora of quality of life items to the game, so this should be your main focus with the 1.1 update!