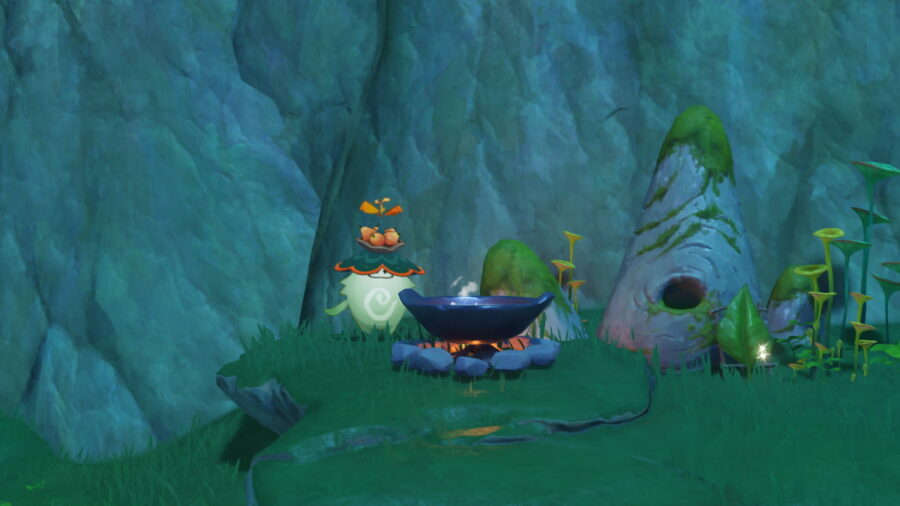 Cooking, The Armona of Homecoming is a World Quest that’s part of the An Unwavering Culinary Dream World Questline. It starts from a humble request by an Aranara named Arapacati, who kicked her brothers out of Vanarana many moons ago but would like them to return from their cooking training in time for Festival Utsava. Thus begins your search for four Aranara: Arachatora, Arasaka, Arapas, Araphala. In this World Quest, you’ll meet Araphala, a sleepy little friend who loves exploring the wild for fresh fruits.

How to unlock Cooking, The Beauty of Sharing Sumeru World Quest in Genshin Impact

In this guide, we’ll run you through how to complete Cooking, The Beauty of Sharing.

Related: How to get Majestic Hooked Beak in Genshin Impact

How to complete Cooking, The Beauty of Sharing Sumeru World Quest in Genshin Impact

Start by heading to the location circled in the image above. You’ll find yourself on a mountain with a huge opening leading to the area below. Jump down to find a clearing with a pot but with no Aranara in sight. Defeat the Ruin Drake beside the pot and turn left to find a path lined with Sunsettias.

Follow the Sunsettias until you find a snoring Aranara. You need to wake him up by attacking him with any Dendro attack or skill. Once he’s awake, he will introduce himself as Araphala. Follow him back to the cooking pot to complete the World Quest. Once you’ve completed all three World Quests in the questline, you’ll unlock the next part called A Delicacy for Nara.

Check out our guide on How to unseal Ruin Guards & Ruin Graders in Sumeru in Genshin Impact to loot Chests all over Sumeru.