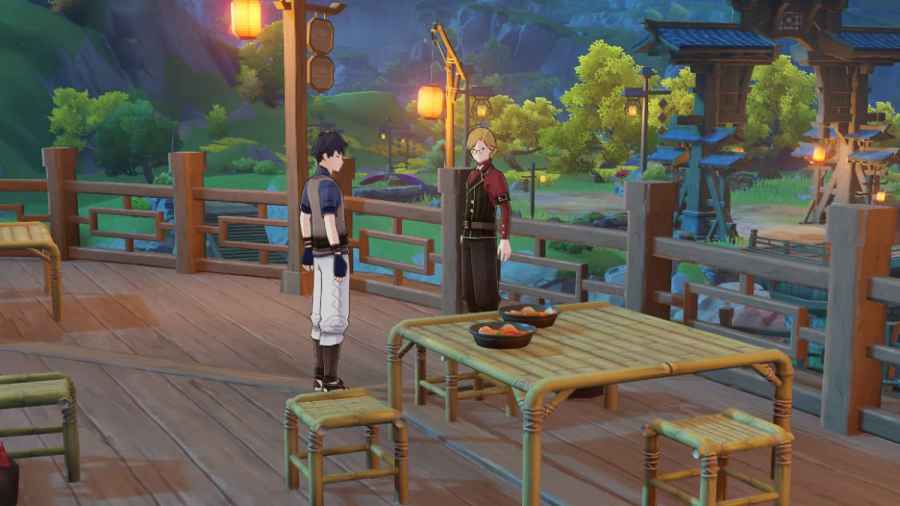 Garcia's Paean is a Genshin Impact World Quest that you can accept in Wangshu Inn. It features an inventor from Fontaine named Garcia, who is looking to teach his Numbering Machine the perfect way to cook a Radish Veggie Soup. Completing this quest will unlock a Sumeru Daily Commission chain continuing Garcia and Lutong's culinary adventures in the nation of wisdom.

Head to Wangshu Inn and glide toward the outdoor dining area, where you'll find a blue exclamation mark over an NPC named Garcia. Speak with him to initiate the World Quest. Once that's done, speak with Garcia a second time.

Related: How to Continue looking for clues at the wharf in Yelan’s Story Quest – Genshin Impact Calculated Gambit

Garcia and Lutong will brief you on their troubles. They essentially need someone to test out their Radish Veggie Soup to ensure that they've met the correct variables to cook it perfectly. Head to the kitchen inside Wangshu Inn. After speaking with the two, you need to cook a Delicious Radish Veggie Soup, which can be done by achieving Perfect Cooking.

The Recipe is available by default and can be cooked with the following ingredients:

You can use the stove in the Wangshu Inn's kitchen to make the dish. Hit the Stop button once the bar reaches the orange section to achieve Perfect Cooking and get Delicious Radish Veggie Soup. Once you have the dish, give it to Garcia and complete the dialogue to finish the World Quest.