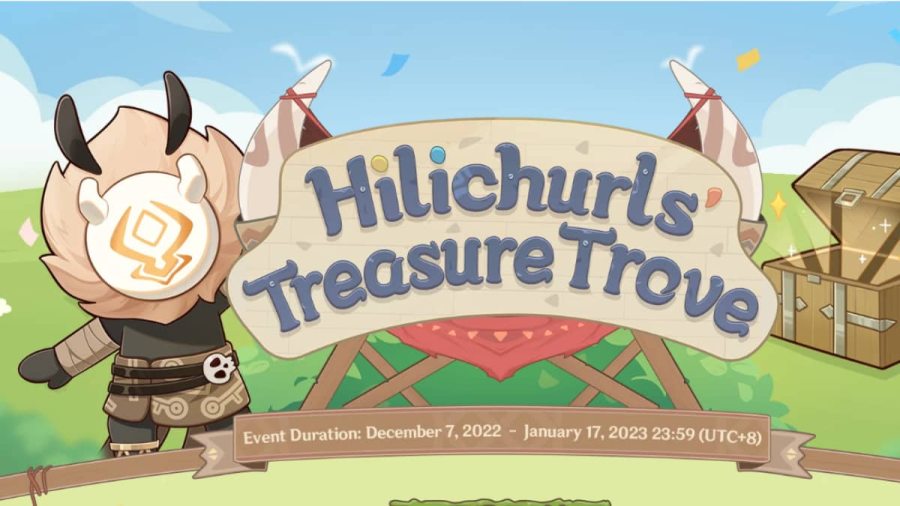 Hilichirls' Treasure Trove is a Genshin Impact web event set in HoYoLAB, the official community platform for all of HoYoverse's games. The event runs from December 7, 2022, to January 17, 2023, and is open to all players.

Start by heading to the official web event page on HoYoLAB, which can be accessed via browser or the app. Make sure you're logged into your HoYoverse account, which is also your Genshin Impact account. Don't forget to select the correct server and character as some Event Missions are linked to in-game tasks.

Keys are event currencies that can be used to draw prizes. These can be obtained by completing Event Missions, which are set in both HoYoLAB and in-game. Click Go to help you easily navigate and complete the tasks. The "Log in to Genshin Impact today" task is a little buggy, so make sure you're logged into the exact account connected to your HoYoLAB to prevent issues.

The Redemption Zone contains some of the game's most coveted resources: Primogems, Hero's Wits, and Mora. You can redeem these prizes for 75 or 100 Keys, but only when there's enough inventory left for the day. The inventory is quite small and it's common to run out, so your chances of claiming these rewards are heavily based on luck.

You'll find the Prize Draw Zone at the bottom of the event page, where you can spend 30 Keys to obtain a random reward. The pool contains the following:

Each reward has limited total redemptions (restocked regularly), and you can only draw five times per day. Once the reward runs out, you can no longer obtain it. Additionally, each type of prize can only be redeemed once per player. For example, if you get the Primogems from the Prize Draw, you can no longer get it from the Redemption Zone. Unused Keys will expire after the event period.

Prizes are distributed as redemption codes, which means that you can claim them on any account Adventure Rank 10 and above. You'll be contacted via system notifications in HoYoLAB, so you need to turn them on. To do so, click on your avatar to open the My Information menu. Select Information Management, then click on the notification bell and enable System.

Check out our guide on Genshin Impact – How to Play & Win Genius Invokation TCG here on Pro Game Guides to polish your TCG skills.