We have made a new format for all of this information, and it includes everything you need to know to find the Jueyun Chili!

As you begin your adventure in the open-world action RPG Genshin Impact, everything seems so simple, until you start ranking up the Adventure Rank, then things start getting more complicated! As the world around you levels up, you need to learn how to upgrade your characters, but not just leveling them up. They need to be Ascended so they can reach higher levels, as well as starting to unlock the Constellation for them to improve their abilities and skills. Truth be told, this is only a very small portion of what can be done in Genshin Impact!

At Adventure Rank 20, the game opens up in further and gives you the Battle Pass. This is another leveling system whereby completing missions within will grant you Battle Pass EXP, which in turn levels it up to unlock rewards! One such Weekly Mission found within is to collect Liyue Local Specialties, and the Jueyun Chili is one such specialty, but where can you find it? 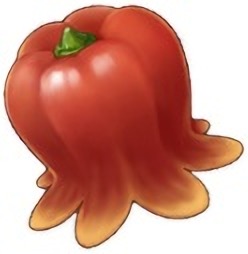 The Jueyun chili can be found in the wilds region of Liyue, but primarily it can be located in larger quantities in 2 different areas. The first area is the in Qinqce village, the same area where the Glaze Lily can be acquired. The next area is around Quingyun Peak but not on it; if you circle this giant mountain, you'll undoubtedly find some Jueyun Chilies.

The Jueyen Chili is used in several cooking recipes, 7 to be exact, and here is the list:

There is another use for the Jueyun Chili as it can be used to level up Xiangling's Ascension level, and you need 168 chilies to max her out fully! As the Jueyen Chili is a Liyue Local Specialty, any collect will go towards the Weekly Mission Collect 100 Liyue Local Specialties, so why not do these both at the same time if Xiangling is in your party!