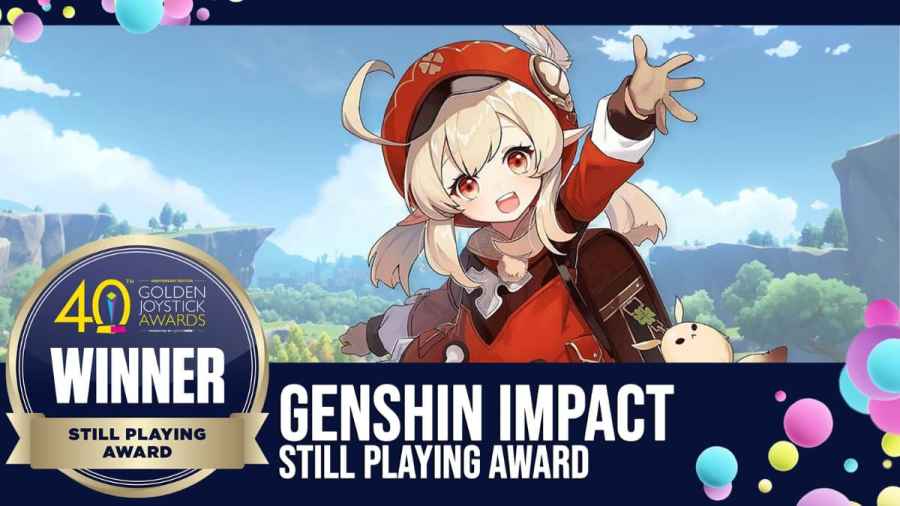 Image via the Golden Joystick Awards

While The Game Awards are still looming over the horizon, Genshin Impact bagged an early win at the 2022 Golden Joystick Awards for the Still Playing category. It managed to beat other fan-favorite titles, including The Sims 4, Minecraft, and Final Fantasy XIV, marking the game's first major win for the year.

Developer HoYoverse's open-world cross-platform masterpiece was released at the turn of the century, dominating the mobile gaming sphere for its charming graphics, fresh gameplay mechanics, and unparalleled production quality.

HoYoverse has historically granted players "freemogems" (free Primogems, the game's premium currency) for bagging awards in prior years, so players are excited for a similar payout after this year's Golden Joystick Awards. The developer hasn't distributed any thank-you gifts, but players can watch out for in-game mail in the coming weeks just in case.

In the meantime, voting for The Game Awards 2022 is still underway. Genshin Impact has been nominated for the Best Ongoing Game and Best Mobile Game categories. Enter the link and cast a vote to show your support for the world of Teyvat.

Get informed about the upcoming Version update by checking out the Genshin Impact Version 3.3 Livestream schedule – Special Program date, time, and how to watch here on Pro Game Guides.