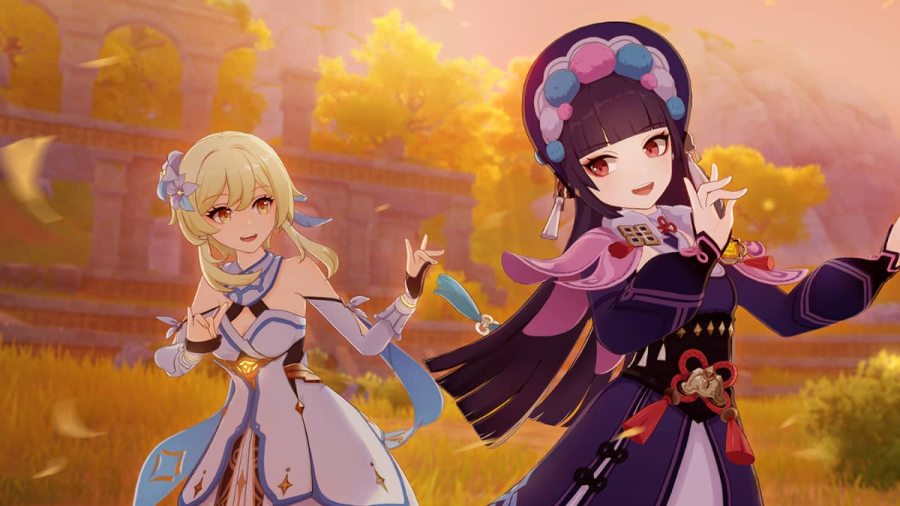 Yun Jin is a prodigal director, performer, and playwright for the Yun-Han Opera Troupe, revered for her impressive ability on stage. In secret, she likes to listen to rock 'n' roll, hence her uncanny friendship with Xinyan. In battle, she's a four-star Geo polearm user with the unique ability to buff Normal Attack-dependent DPS units in a multi-Element team. If you're planning to raise Yun Jin, here's everything you need to collect.

You need to prepare the following to level up Yun Jin to either 80 or 90. This doesn't include Ascension and Talent costs.

You need to prepare 420,000 Mora and the following materials to fully Ascend Yun Jin. The Mora value doesn't include level-up and Talent costs.

Yun Jin's local specialty is the Glaze Lily, which can mainly be farmed around the fields of Qingce Village and the Yujing Terrace in Liyue Harbor. Meanwhile, her boss material is the Riftborn Regalia, dropped by the Golden Wolflord on Tsurumi Island.

These are dropped by all Geo Normal and World Bosses, such as the Geo Hypostasis and Golden Wolflord. Additionally, you can convert materials using the Crafting Table to turn your existing Gemstones into Geo ones.

Yun Jin's common materials are Masks, which are dropped by Hilichurls all over Teyvat.

You must prepare 1,652,500 Mora and the following materials to level up all three of Yun Jin's Talents to level 10. The Mora value doesn't include character level-up and Ascension costs.

These can be farmed from the Taishan Mansion in Jueyun Karst on Tuesdays, Fridays, and Sundays.

Yun Jin's common materials are Masks, which are dropped by Hilichurls all over Teyvat.

Crowns of Insight are limited rewards that can be obtained from big events. Yun Jin's Weekly Boss material is the Ashen Heart, which can be farmed from the La Signora boss in the Tenshukaku.

For more on Yun Jin, check out our guide on the Best Yun Jin Build in Genshin Impact here on Pro Game Guides.