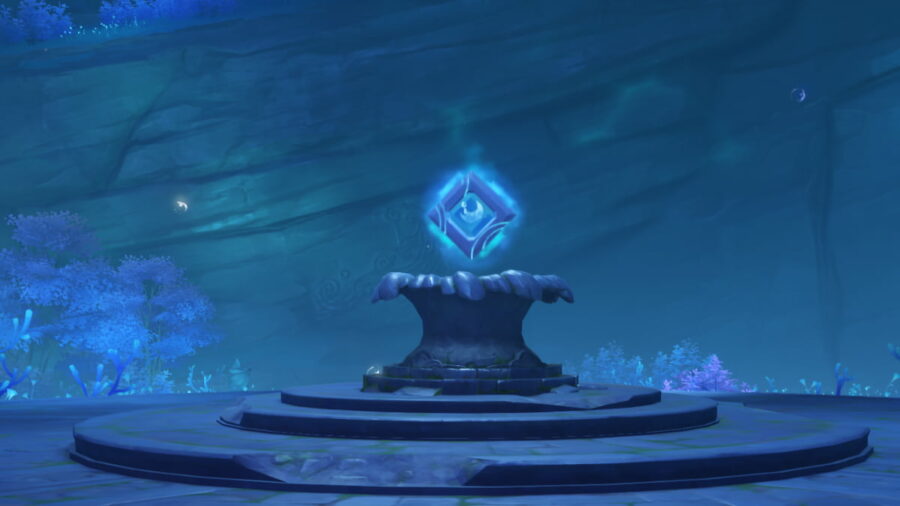 Enkanomiya is the lost civilization that thrives under Watatsumi Island. To enter the region, players must first complete the prerequisite quest called Still Water's Flow, which is accessible from Tsukuyo in Watatsumi Island.

This quest automatically unlocks under the following conditions:

Start Still Water's Flow by following the quest marker to the Shrine Maiden Tsuyuko's location in Watatsumi Island. She'll tell you about how Enkanomiya's trial can be unlocked with the help of Key Sigils, three of which have already been activated. The last two are up to you to find in the Fin and Heart of Watatsumi.

Related: How to complete the “Heart of Watatsumi” in Genshin Impact

Enter the same cave where you completed the Heart of Watatsumi, which is a little to the left of the quest marker. Head to the center of the cave, where you'll find Fatui Hydrogunners and the Mirror Maiden waiting.

Defeat the enemies and step into the lit-up area in front of the Key Sigil to retrieve it.

Simply follow the quest marker to the Fin of Watatsumi. You'll encounter three Ruin Sentinels that you need to defeat before stepping into the lit-up area in front of the Key Sigil to retrieve it.

Once you have both Sigils, Paimon will prompt you to follow Tsuyuko's instructions and head to the corresponding shrines to activate them. The quest markers will lead you to their exact locations.

When you spot the shrines, simply interact with them to place the Key Sigil and prompt a cutscene and complete the task. Keep in mind that in the northern shrine, you need to first get rid of the surrounding moss with a melee Attack before you can place the Key Sigil.

Once both shrines have been activated, head back to Tsuyuko to report your progress. She'll give you the Key of the Moon-Bathed Deep and will activate the entrance of Enkanomiya in the deep pool in Sangonomiya Shrine.

Jump into the pool (be careful of fall damage!) to enter Enkanomiya, which will complete the quest and unlock the Wonders of the World Achievement called N-Thousand Leagues Under the Sea.

Learn more about Enkanomiya's lore with our guide on What is the Dainichi Mikoshi in Genshin Impact?