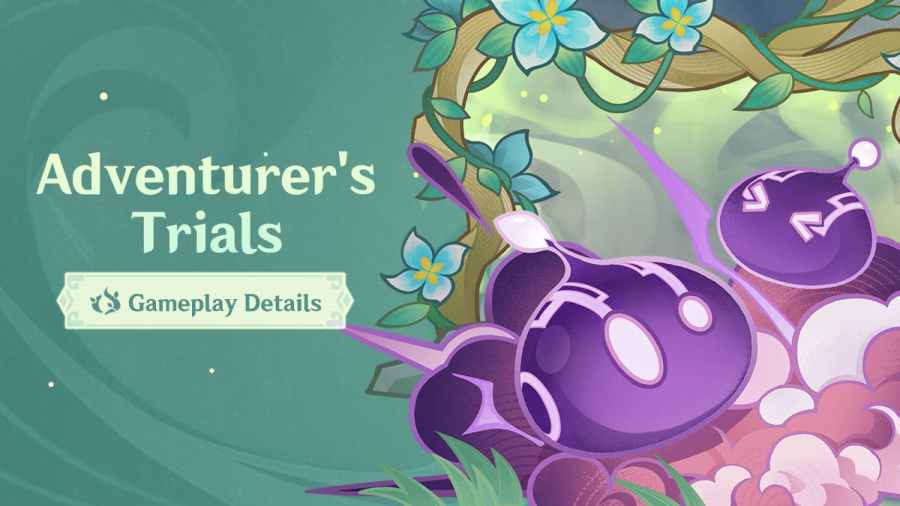 Adventurer's Trials is a super-fun Genshin Impact event where you can complete a series of challenges using the unique abilities of predetermined trial characters. It's a fantastic way to learn how to apply those same skills in similar situations while battling in and exploring the open world.

How to unlock the Adventurer's Trials event in Genshin Impact

You can begin playing this event as long as you're Adventure Rank 20 and above. Head to the event menu, select Event Details, and choose a Trial. Click Start when you want to play solo or Match to find a Co-op team. After completing the challenge, don't forget to claim rewards from the event menu!

During the Fortuitous Trial, you'll be given a set of three random challenges, including those that you've completed in previous Trials:

In addition to the above challenges, you'll also encounter five new ones that can be obtained randomly in single and Co-op modes.

Similar to Beidou's baseball challenge, Yun Jin's version of A Close Home Run involves hitting 220 balls to score points. Simply trigger her Elemental Skill once the balls are within proximity. Unlike Beidou, you don't need to hold Yun Jin's Elemental Skill to hit the balls—tapping is enough to score.

Related: How to unlock The Ship Has It Sumeru Hidden Achievement in Genshin Impact

This challenge is similar to Kazuha's, except you must use Sucrose's Elemental Skill, Elemental Burst, and Normal Attack trigger Swirl and break 12 Abyss Mages' shields. You must approach the Pyro Torches and Hydro rocks, then trigger any of Sucrose's attacks to Swirl the Elements toward the Abyss Mages, triggering Reactions that will break their shields.

In this challenge, you must activate Kamisato Ayato's Elemental Skill, then continuously use his Normal Attack to attack the Ruin Guards. Doing so will trigger shockwaves that will defeat the enemies. You can also do the challenge without triggering the Elemental Skill, but it will take longer to complete.

This challenge is similar to Yelan's Boulder Run, but you must use Mona's Alternate Sprint to collect Adventure Coins and avoid obstacles along the way. Hold her Alternate Sprint and use the directional keys to navigate around the challenge area. Avoid the Giant Pinballs, as they'll knock you backward, while the mud balls obscure your screen for a few seconds.

Check out our guide on How to unlock the Records of the Fall Sumeru Hidden Achievement in Genshin Impact to complete your Wonders of the World Achievements.