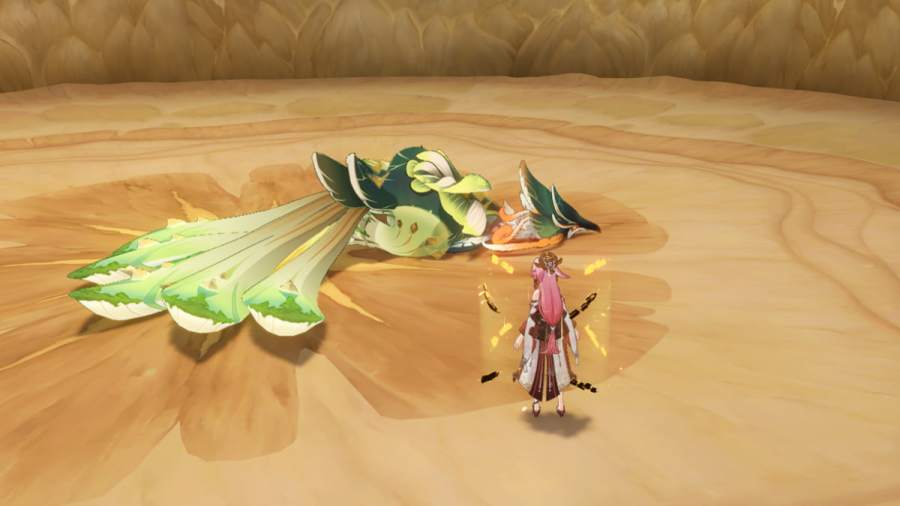 I Can't Take It Anymore! is a Genshin Impact Challenger: Series VI Achievement that can be obtained by defeating an exhausted Jadeplume Terrorshroom after its activation state is finished. It's fairly simple to do but requires proper timing to unlock.  Before attempting to get this Achievement, make sure that you have access to the Jadeplume Terrorshroom northwest of the Sumeru rainforest and have an Electro character on your team.

How to unlock the I Can't Take It Anymore! Challenger: Series VI Achievement in Genshin Impact

The Jadeplume Terrorshroom has a Rage meter that fills up when it comes in contact with Electro. Once filled up, the boss will begin unleashing powerful strikes before giving up and falling to the ground. Your goal is to defeat the boss while it's still lying on the ground.

Related: How to get the Nanomachines, Son! Sumeru Hidden Achievement in Genshin Impact

The best way to guarantee this Achievement is to reduce the boss' HP by about 50 percent. Then fill up its Rage meter using Electro. You can speed up the process by triggering Quicken/Aggravate with Dendro and Electro. Once the Rage meter has filled up, the boss will release a series of attacks.

You can keep reducing its HP at this point, but don't kill it. Wait until the boss has fallen to the ground before dealing the final blow. If you manage to kill the Jadeplume Terrorshroom while it's on the ground, you'll get the I Can't Take It Anymore! Challenger: Series VI Achievement.

Check out our guide on How to get the Three Strikes Sumeru Hidden Achievement in Genshin Impact here on Pro Game Guides, which you can do in conjunction with this Achievement.

How to get the I Can’t Take It Anymore! Sumeru Achievement in Genshin Impact