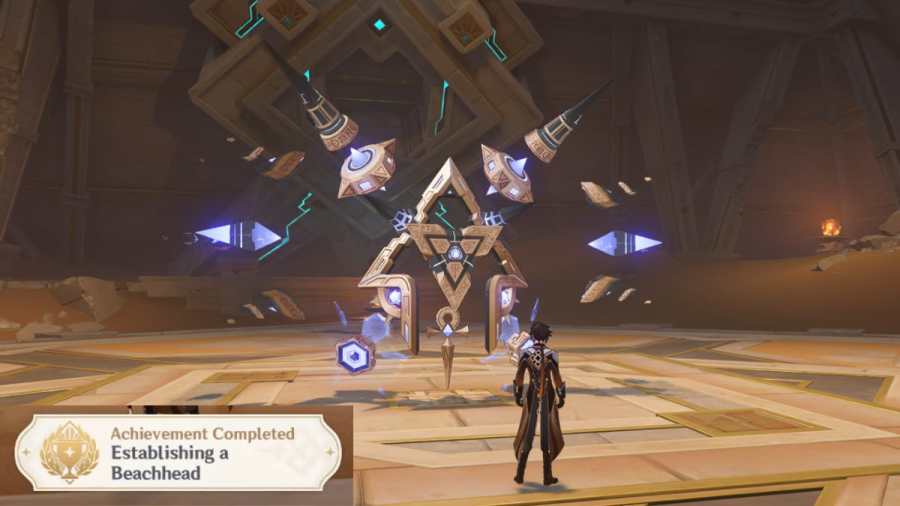 Establishing a Beachhead is a Genshin Impact Wonders of the World Achievement that you can obtain by witnessing the overclocking impact of the Algorithm of the Semi-Intransient Matrix of Overseer Network in the Dune of Elusion. This sounds complicated, but it's actually super-easy to get. All you need to do is show up to the boss fight and don't attack it until you get the Achievement.

Start by heading to the Teleport Waypoint in the Dune of Elusion, then enter the building to find the Algorithm of Semi-Intransient Matrix of Overseer Network. If you want to guarantee that you'll get this Achievement, you must not attack the boss upon engaging in battle to avoid accidentally destroying its summoned parts. Additionally, you can opt to bring a shielder like Zhongli or Diona so you don't have to avoid the boss' attacks.

Check out our guide on How to unlock The Marvelous Uses of Nitrogen Fixation Sumeru Hidden Achievement in Genshin Impact to get another boss Achievement.