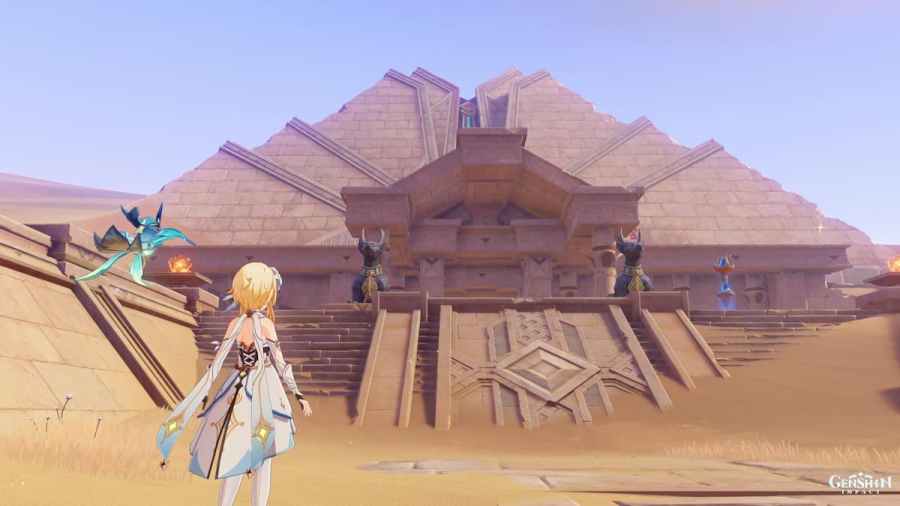 Genshin Impact seems determined to hammer home the complexity of technology that remains from ancient times. Breaking down the name Algorithm of Semi-Intransient Matrix of Overseer Network (Algorithm Matrix) begins to give away some of its unique mechanics. Semi-Intransient refers to its ability to disappear, and Overseer refers to its duty to guard the Dune of Elusion. Want to know more about how to find and take down the Algorithm Matrix of Overseer Network? Read on.

Finding the stage for this boss battle is thankfully straightforward. Travel by foot to the Dune of Elusion in the Sumeru desert. Unlock the waypoint so you can return here quickly next time. The Algorithm Matrix is just inside the pyramid.

Related: How to get to the Electro Regisvine in Genshin Impact

Each automaton enemy in Genshin Impact has its own unique quirks. The Algorithm Matrix is no different. During the fight, the core of the machine will become invisible and begin to Overclock. It sends components out to the edges of the battlefield. Use Electro attacks or Quicken-based reactions to destroy these components and reveal the core before the Algorithm Matrix unleashes a significant overclocked attack.