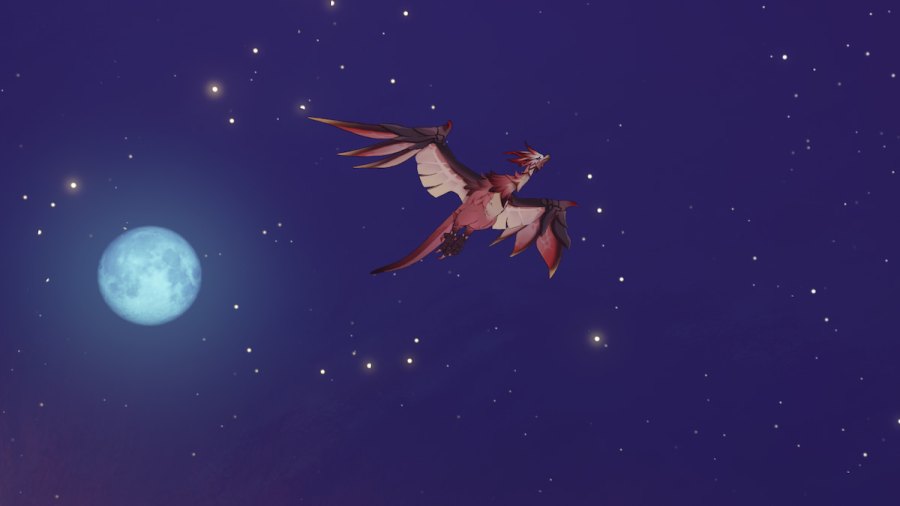 While roaming the desert areas of Sumeru, you may stumble upon a menacing bird with blood-red feathers that looks at you like a snack. Even though these birds may seem like typical vultures, their red coloring reveals their true inspiration. These red vultures are based on the real-world bearded vulture, and soar over the sandy dunes of Teyvat. Here's what we know about the red vultures in Genshin Impact.

What are the Red Vultures in Genshin Impact's desert areas?

What are the Red Vultures?

These birds are inspired by real-world bearded vultures, which live in both Europe and Asia. Their red feathers are actually off-white but are stained red by dustbathing. They eat a near-exclusive diet of bones, resulting in their nickname "ossifrage," or "bone breaker." Since the region of Sumeru seems to be inspired by India and Mesopotamia, it is likely that bearded vultures would actually inhabit this area.

Where to find Red Vultures

Directly next to the Sumeru desert's western Statue of the Seven, there is a red vulture circling in the air. There are also two red vultures that can be found flying above the highlighted area of the map. Although red vultures are typically flying in circular directions, they can also be found perching on sandy rocks.

How to defeat Red Vultures

While red vultures are not aggressive by nature, when attacked, they will fight back. If you strike them from a long distance, however, they will be startled then quickly lose interest. Red vultures only have one attack, where they swipe at you with their claws. To defeat them, you must use either a bow or a catalyst attack if they are in flight. They fly swiftly, so it can be difficult to land a precise hit, so you may wait until they land on the ground to attack them.

What are the Red Vultures in Genshin Impact?