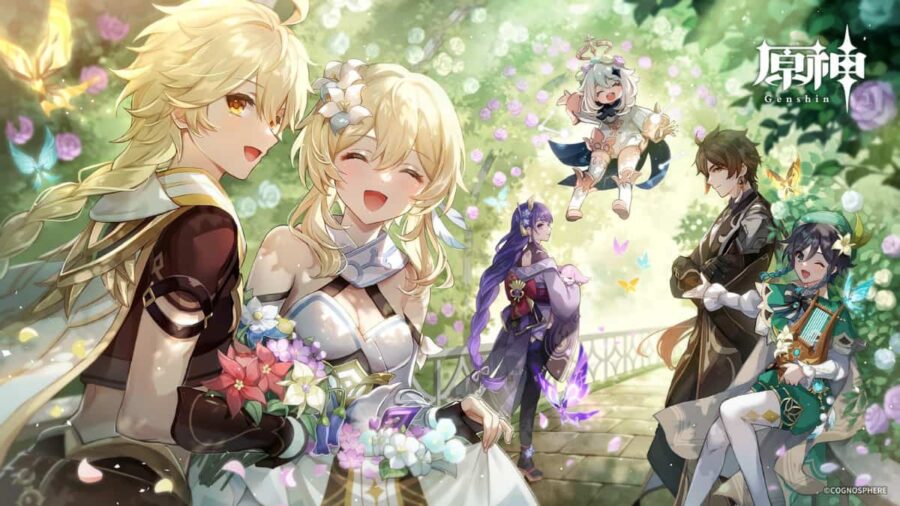 Genshin Impact is a free-to-play, open-world action RPG that details the story of the Traveler's journey in search of their missing twin. Along with Paimon, the best traveling companion (and emergency food) ever, the pair travel across the seven nations of Teyvat, meet new friends, and uncover the secrets of a lost civilization.

When was Genshin Impact released?

Genshin Impact was officially released to the public on September 28, 2020, after garnering worldwide attention with over 10 million pre-registrations. It was simultaneously released across PC, mobile, and PlayStation 4, fully localized with Chinese, English, Korean, and Japanese voice-overs and 13 text-based languages. Over time, new languages were added to Genshin's localization roster, enhancing the gameplay experience for international players.

Apart from language support, HoYoverse also continued to expand Genshin Impact's platform compatibility. On April 28, 2021, the game was released on PlayStation 5. And on June 23, 2022, Genshin was made available on GeForce NOW, NVIDIA's cloud-based gaming service, which allows lower-end computers to run the spec-hungry game. In 2022, HoYovese announced that a Nintendo Switch port was in development, but they have yet to reveal a release date.

How often does Genshin Impact update?

Since its release in September 2020, Genshin Impact has maintained a regular stream of updates, releasing new content—from characters to areas, stories, and more—for players to enjoy. These updates are generally released every six weeks, with only one instance of an unprecedented delay caused by COVID-19. Three rounds of testing are done before an update makes it to the public, and the community is invited to participate in one of those testing phases.

Check out our guide on How to sign-up for the Genshin Impact beta test to try your luck at seeing upcoming updates before everyone else.

When did Genshin Impact come out?