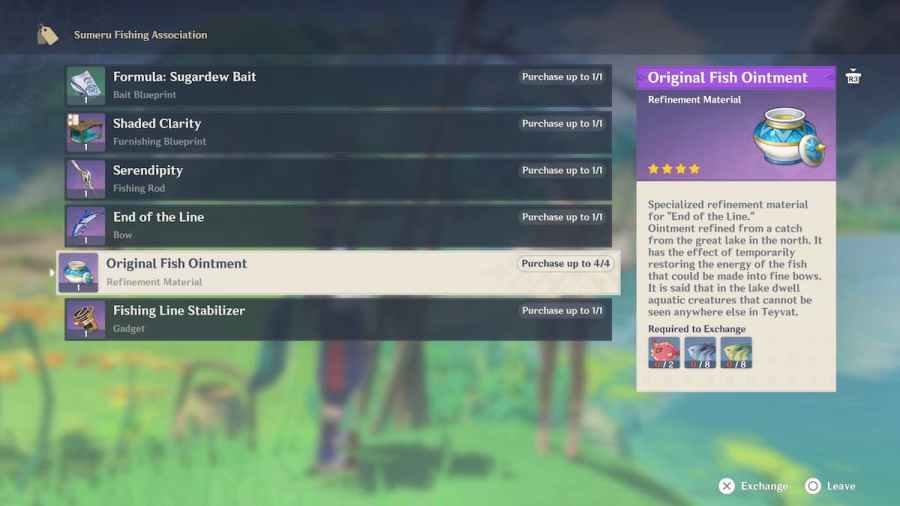 Feeding Paimon isn't the only reason to go fishing in Genshin Impact. There are also awesome rewards if you know the right people to talk to. Here's where you can go to claim your rewards for fishing in Sumeru, including the free four-star bow, End of the Line.

Where is Loumelat, Sumeru's Fishing Association vendor in Genshin Impact

North of Port Ormos, at the end of the western dock. She'll tell you quite the story if you ask about her Rashid. Or you can buy some fishing supplies, including cool rewards, for the fish you've caught.

Related: How to unlock the underwater Teleport Waypoint in Sumeru in Genshin Impact

Lots of goodies. But keep in mind Fishing Associations deal in fish, not Mora. Here's how many of each fish you'll need to exchange for rewards:

Weapon Stats for End of the Line bow in Genshin Impact