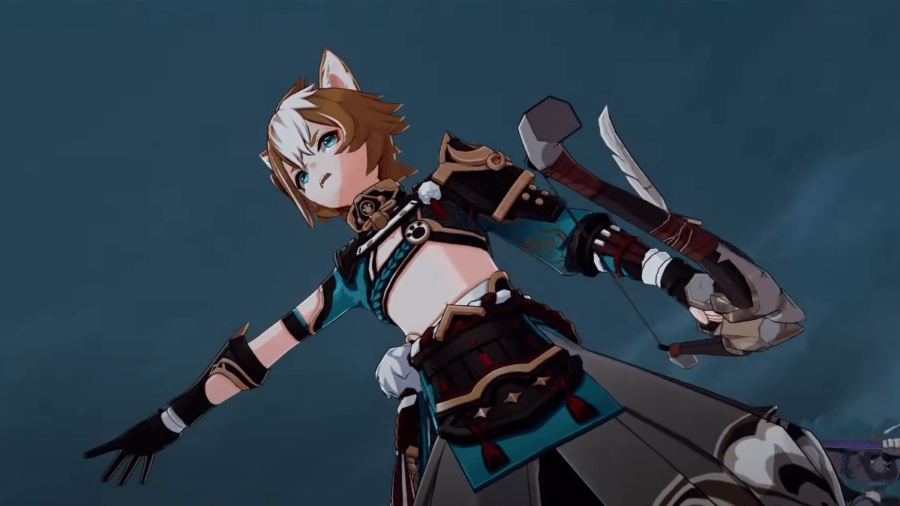 Starting July 21, 2021, Travelers will finally be able to explore Inazuma and the mysteries surrounding the region. Thanks to miHoYo's Genshin Impact New Version Special Program, which aired July 9, 2021, we got to see sneak peeks of upcoming content and new characters. So who is Gorou, and what role does he play in Inazuma's ongoing struggle for power?

Related: What is Epitomized Path in Genshin Impact?

Gorou holds a high rank in the Sangonomiya Resistance, which is led by Kokomi. Whereas Kokomi is the brains of the grand-scale operation, Gorou is the brawn, using brute force in battle and inspiring his comrades.

Although he looks like a young man, he's a general of the Sangonomiya troops. He is a character that stands his ground in combat and becomes more fierce throughout the battle. He is very dependable in critical moments.

One of the scenes shown in the New Version Special Program depicts Gorou in a standoff against Sara, who is a general in the opposing Tenryou Commission.

Gorou appears to be a Geo bow user. According to Sukuna, Gorou will likely be a 4-star character.

For more information on all upcoming Genshin Impact content, check out Genshin Impact 2.0 Leaks, New Characters, Release Date. We've also got you covered on free in-game codes and quizzes, like What Weapon would you use in Genshin Impact?

Where to buy Furnishing Blueprints in Genshin Impact