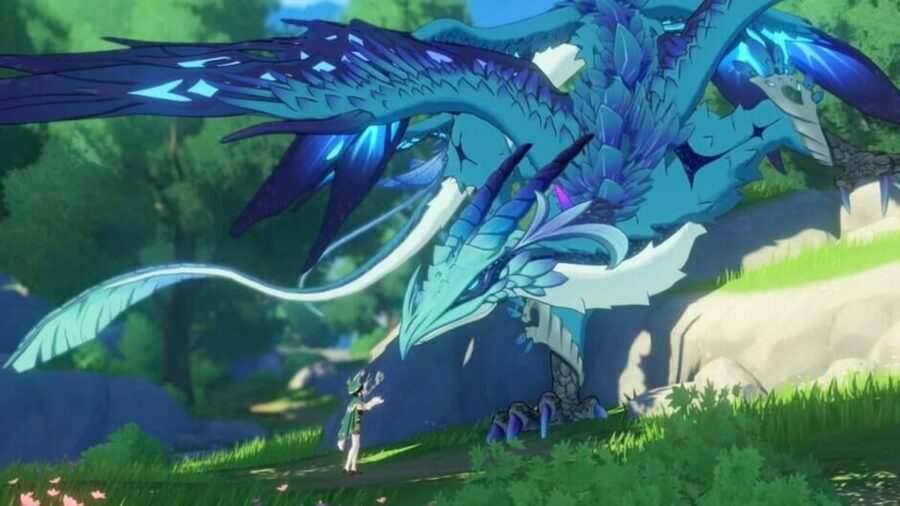 Genshin Impact is a game known for its vibrant cast of characters. The game's anime-esque art style oozes flashy fashion through its character models and clothing, offering a unique experience visually with each character. The same can be said for character lore as well, with the game offering background for each character. With this in mind, the leak and trailer concerning Nahida has players intrigued, as the character is currently a mystery clad in flashy green clothing.

Who is Genshin Impact's Nahida?

Though there is little lore to go on concerning Nahida, what is known is that she is the Archon of the Dendro element and the leader of Sumeru. This means that Nahida is the god of the Dendro element and the fourth Archon revealed so far. The Dendro element's insignia is green and resembles a leaf, implying a nature aspect is tied to the element. This makes sense based on Nahida's clothing which bares the same color as the insignia. Concerning Sumeru, its civilization is concerned with knowledge and wisdom, implying Nahida will be a highly intelligent character. This is especially implied by the fact she is the civilization's leader and the god of an element.

"Potential" is the key word here since the Nahida leaks and trailer did not speak on any abilities she has. However, some inferences can be drawn from what we know about her. For example, she is a Dendro character, so she will certainly be able to apply the Dendro element to enemies. Her attacks will probably be forest or nature themed as well. Additionally, the playable Archons are so far some of the best characters in the game, so expect Nahida to be a powerhouse in some regard.

When will Nahida be playable?

Unfortunately, Nahida's release date is unknown, but players have been guessing that Nahida will be playable in patch 3.1. While she will be revealed in patch 3.0, players think the developers will want to flesh out her character and story before adding her to the character ranks. Thus, expect Nahida to be released for play in patch 3.1 or later.

Who is Nahida in Genshin Impact?