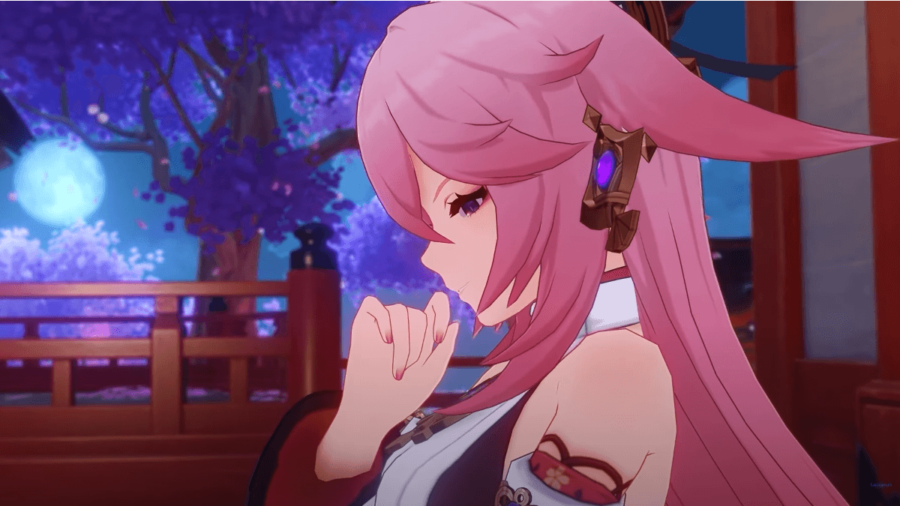 The Genshin Impact New Version Special Program, which aired on July 9, 2021, gave Travelers an extended sneak-peek at all the exciting new content coming to the game with the 2.0 update. Amidst the sea of new characters, one face in particular was familiar—that of Yae Miko, formerly only known as "fox girl" in the Chinese Genshin Impact v.1.5 livestream.

Yae Miko is the Guuji, or chief priest, of the Grand Narukami Shrine. Beyond having ties to Ayaka from the Kamisato Clan, it's currently unclear who Yae associates with, or what stance she takes in the power struggle between the Tri-Commission and the Sangonomiya Resistance.

Xiao Luohao, Genshin Impact's Head of Creative Concept and Writing Team, had this to say about Yae:

Her elegant and beautiful appearance belies an intelligent and cunning personality. She is a lady who is not easy to predict, and has her own principles and methods of doing things.

Luohao went on to confirm that Yae will be meeting with the Traveler several times throughout the story, heralding all sorts of interesting events.

Yae is predicted to be an Electro Catalyst user, and according to Sukuna, will be a 5-star character.