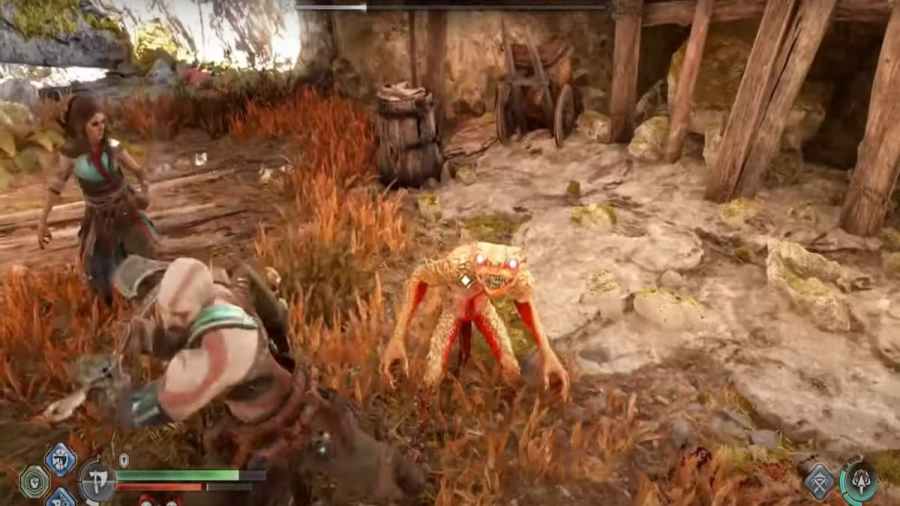 One nice feature in God of War Ragnarök is all of the optional content players can choose to engage in if they so desire. Battling Ormstunga at first might have many players just throwing their controllers since it's so hard to land a hit on this boss. With a couple of tips and the right gear, though, any gamer could be Ormstunga easily.

The big advantage that Ormstunga has going for it is speed: this boss is incredibly fast. With a shield, Kratos can parry most of his attacks. Landing the parry can be really tough, though, so it may be better to just dodge them.

When parrying, players are going to want to look for yellow attacks since the red ones are unavoidable. The is a slight delay on this animation, though. Players will want to look for when the attack is about to land; not when they first see yellow.

Related: Where to find the Forgotten Tower Treasure Map in God of War Ragnarök

When Ormstunga is in the air, a good tactic is to uses arrows to knock him out of the sky. This will also leave him vulnerable for a bit. When going in, Kratos should be using his Blades of Chaos. Since Ormstunga likes to run around, the Blades are more effective with their wide effective range.

The best place to put Ormstunga is in a corner: this gives him less options and allows Kratos to rage or use other powerful skills. Otherwise, players need to be very selective when deciding to attack. Any player who just spams buttons will get punished by Ormstunga most of the time.

How to beat Ormstunga in God of War Ragnarok