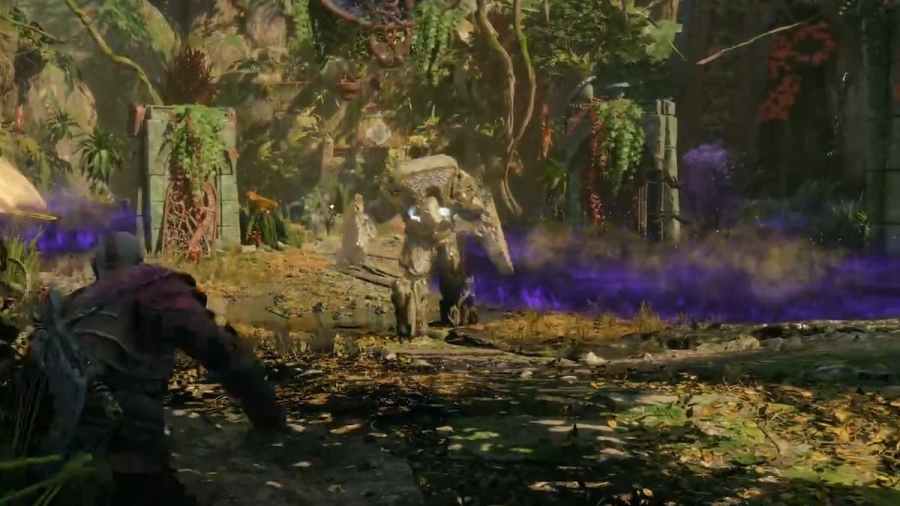 Related: Where to find the three torches to unlock the Nornir chest in Myrkr Mines in God of War Ragnarök

The Soul Eater's primary attack method is shooting a laser out of its chest. Until you defeat the Reavers, we recommend using your shield to block this. After the Reavers are wiped out, you can instead dodge to the side of the beam. This allows you to throw your Leviathan Axe at its chest.

The Soul Eater's chest is where you want to strike with your attacks, as it is its weak point. Occasionally, this boss will launch glowing orbs that will fall to the ground. When this happens, quickly grab the orbs and throw them at the Soul Eater's open chest to drop the boss to its knees. Then wail on it as much as possible before it stands back up.

That's basically all you need to know to defeat the Goddess Falls' Soul Eater. Keep repeating the above methods until the beast has been vanquished, and collect your loot for defeating it.

For more information on God of War, check out How did Kratos get to Midgard in God of War? and Where to find the three torches to unlock the Nornir chest at The Lost Treasury in God of War Ragnarök on Pro Game Guides.

How to beat the Soul Eater in God of War Ragnarök