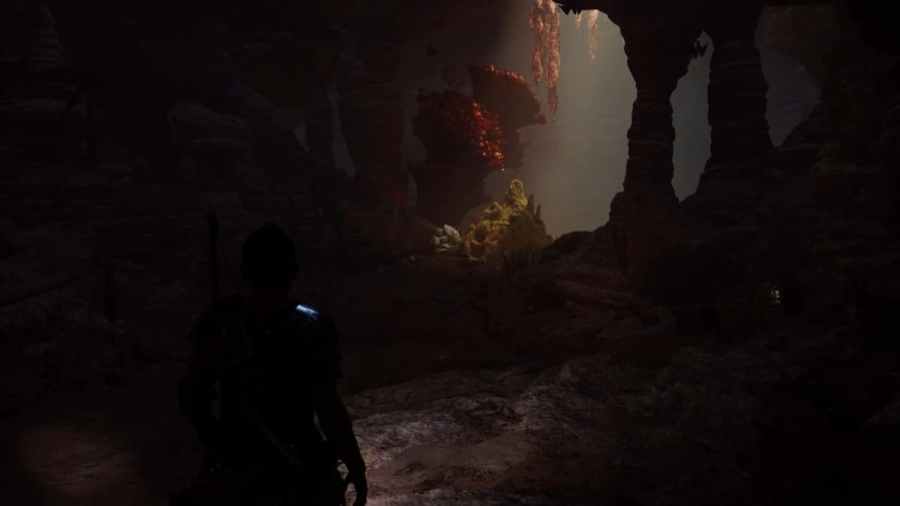 In God of War Ragnarök, one of the last things you'll do on your journey through the Ironwood with Angrboda is helping her clear wretches from Idi's Sinkhole so she can keep getting the supplies she needs for painting. The lack of light inside the sinkhole makes this mission a bit more complicated. We've got you covered if you need some help finding the Wretch nests.

One important tip to remember is to use Square to command Angrboda to light all the torches that you can. This will help you navigate the sinkhole better and remind you of where you have already been, as the sinkhole can be very maze-like. And remember, you're not just clearing Wretches. You'll need to attack the Wretch dens directly to destroy them. If you get a little lost, Angrboda may start giving you hints.

The easiest to find, this Wretch Den will be immediately in front of you after entering the sinkhole through the crawl space. You should also light the first torch nearby.

From the first Wretch den, climb up the ledge in front of you, then go right at the fork in the path where the table and bucket are. Defeat a Draugr, then climb up another ledge on your right. After you get up there, you will have an obstacle on your right for jumping over. Go along the path, and you'll see some Wretches but no nest. Keep following the path, climbing up two ledges to find the nest.

Related: How to get past the brambles as Atreus in Asgard in God of War Ragnarok

From the second wretch den, drop back down to the path below and cross the two bridges in front of you. You'll want to turn right nearby the blank table, then another two quick rights. By this point, you'll start seeing Wretches again. There will be a hole in the wall through which you can see metal plates that you can hit with your Sonic arrows.

Hit it, then go back around nearby that blank table. On your left will be the third Wretch den you can get to now that you've destroyed the metal plates.

To find the fourth Wretch den go back to the red mushroom center structure, then look around for a path with a small chest at the entrance. Keep following that path (and the Draugrs) until you find a red chest with the fourth Wretch nest on the wall just above it. You'll need to use ranged attacks to destroy it.

From the location of the third Wretch den, turn to the right, like you were going back to the hole in the wall, but turn left at the torch instead. There will be another torch and a ledge you can drop down to find a Legendary Chest with the Runic Potency Accessory inside.