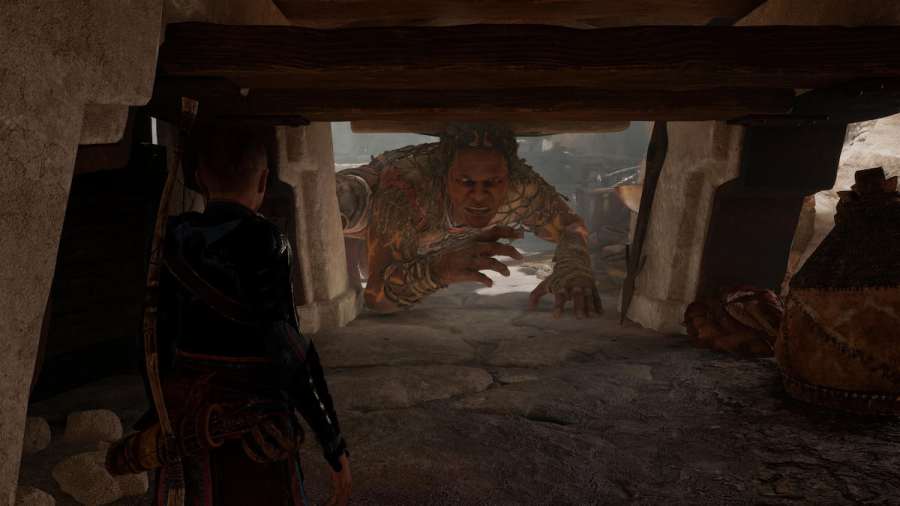 Even from the very beginning, God of War Ragnarok pits players against tough bosses like the Dreki. To no surprise, this continues throughout the game. One of the more difficult bosses in the game is the Jotnar Giant Gryla. This fight is difficult for several reasons, the major one being that players will control Atreus during the fight, not Kratos. Players may not be as familiar with the controls or fighting mechanics.

How to beat Gryla in God of War Ragnarok

Playing as Atreus comes with its ups and downs, but players should keep in mind that his gameplay is different than Kratos'. Players can't fight this boss the same way as others. It is important to attack Gryla from range rather than up close. This is Atreus' strongsuit. Using Angrboda's attacks and attacking the candles around the room will also stun Gryla, giving the players more chances to damage the giant. One thing that can be very confusing at first is what to aim at. With the Gryla boss fight, players should aim at the Cauldron, which has a glowing purple rune in the middle. This is Gryla's weak spot and the place that will deal damage.

Related: How to open the big water gate in Aurvangar Wetlands in God of War Ragnarok

To summarize, these are the most important things to keep in mind when fighting Gryla:

How to defeat Gryla in God of War Ragnarok