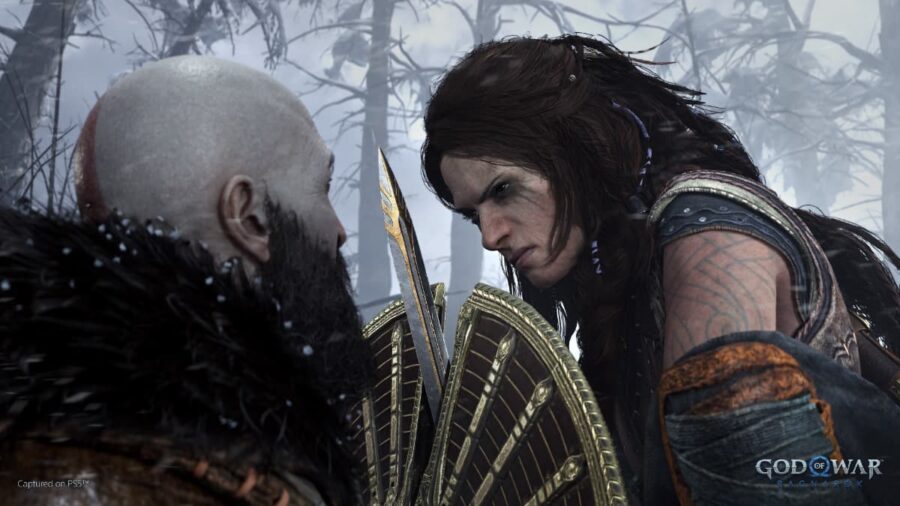 PlayStation's September Showcase was a triumph for the brand, with large reveals and trailers pouring out like wildfire. One of Sony's biggest upcoming titles, God of War: Ragnarok, got its first reveal trailer, showing Kratos and Atreus facing new foes, including the Vanir goddess, Freya.

Sony specified that Freya is driven by agony and vengeance in God of War: Ragnarok. She's promised to rain down every agony imaginable on Kratos for killing her son, Baldur, in God of War 2018. Santa Monica Studios has made it clear that Freya is one of the main antagonists in this anticipated sequel. While Kratos killed Baldur to save Freya's life, she is blinded by rage at losing her only child. She can be seen attacking Kratos in the God of War: Ragnarok gameplay trailer, using weapons and Vanir magic in conjunction.

Related: Who is the last remaining giant in God of War Ragnarok?

Kratos and Atreus will be the target of multiple gods in Ragnarok, as Thor aims to kill the father and son pair. Those who played 2018's GoW will remember that Kratos and Atreus killed his brother, Baldur, and his sons, Magni and Modi.

Those interested in seeing what Santa Monica Studios was willing to share after the PlayStation Showcase, including a link to the reveal trailer, can check out the official blog post below:

Is Freya evil in God of War Ragnarok?