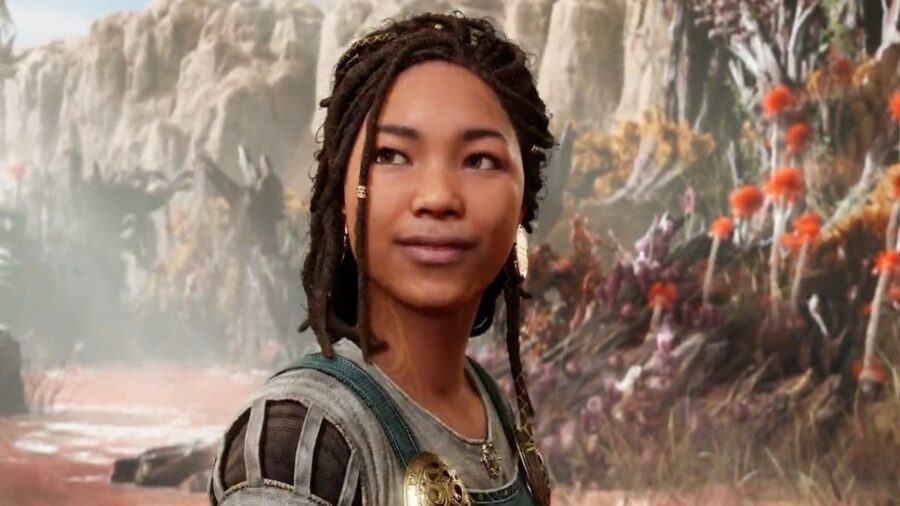 At the end of God of War (2018), Kratos and Atreus look out upon Jotunheim, the realm of the giants, and see the barren wasteland that it has become. They believe the giants to be gone, but the trailer for God of War Ragnarok indicates otherwise.

A mysterious girl makes her way into the God of War Ragnarok trailer, and until the heads of Santa Monica Studio elaborated in the post-show, no one knew she was one of the last giants. Angroboda, a new character voiced by Laya De Leon Hayes, is one of, if not the last, of the giants in all of the Nine Realms. She's also the bride of Lokie in Norse mythology. Whether God of War Ragnarok follows this legend remains to be seen.

Related: Is God of War Ragnarok the finale of the Series?

We haven't been told much about this new character yet, but Santa Monica Studios has promised that more information will come soon about this intriguing young giant. Santa Monica did share a new high-quality image of the character that we've included below:

When God of War Ragnarok releases in 2022, it's sure to shake up the video game industry just as its predecessor did in 2018.

Who is the last remaining giant in God of War Ragnarok?