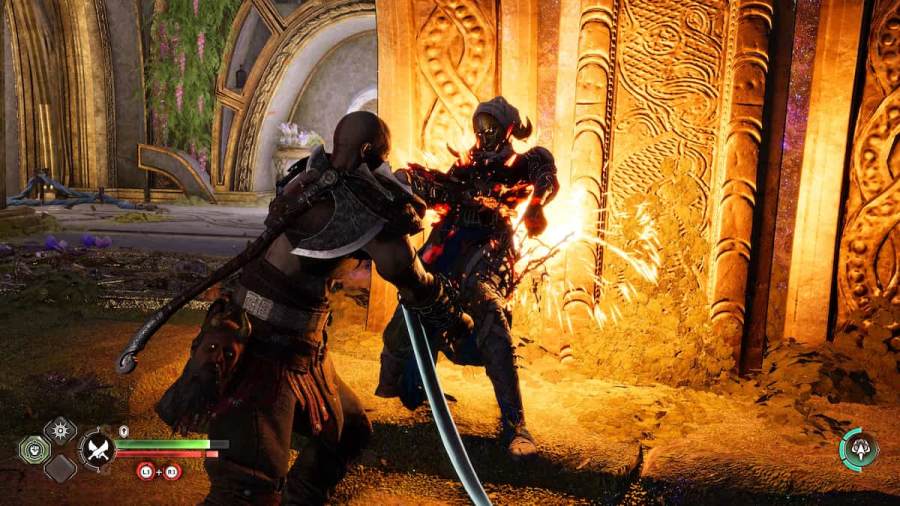 Where to find the Helios Flare in God of War Ragnarök

You can find the Helios Flare in Vanaheim, specifically in The Abandoned Village. After the broken bridge, continue onward, and you will come across a second crane shortly after battling Fiske. There is a legendary chest in this area, on one of the raised ledges, that can be reached using the crane.

Related: How to get Skirnir’s Gambanteinn in God of War Ragnarök

Instead of interacting with it and rotating it, look for a cave down on the right, underneath a tree. Head to the cave and destroy the pillar obstructing the crane. Make your way back up and rotate the crane, then use the Blades of Chaos to swing across the gap to the ledge. Rotate the crane once more and grapple across to reach the chest.

Opening this will reward you with the Helios Flare, a light runic attack for the Blades of Chaos. This will expand your moveset in combat, making it well worth seeking down the legendary chest in The Abandoned Village in God of War Ragnarök.

Where to get the Helios Flare in God of War Ragnarök